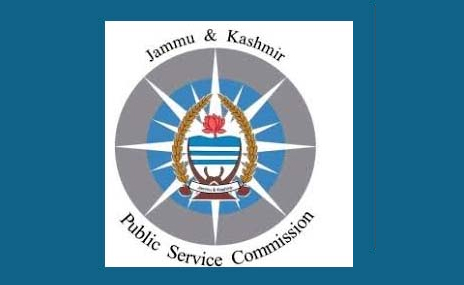 Prof Virender Gupta
The proposed Jammu and Kashmir Public Universities Bill is not only retrogressive step but cuts the very roots of the university structure and culture that has been evolved and developed by the great academicians, thinkers under the various regimes of the country and world society at large. The Bill, if enforced, shall have dangerous and disastrous effects on the universities of the Jammu and Kashmir and on the progress and growth of research in these. The bill not only erodes the autonomy of the universities and undermines the academic and administrative authorities of the Vice- Chancellors but shall prove to be against the New Education Policy that envisages the freedom to the educational institutions for the free growth of knowledge, research, and scientific work with new innovations, initiatives and ventures. The Bill shall throw the universities under the domination and intercession of the bureaucracy and pseudo-academics which shall be detrimental for the methodology of research and research oriented programmes in the universities because of subversive tactics. The Basic draw backs in the Bill are as under:
* It is assumed in the Bill that Jammu and Kashmir is always going to have a Union Territory (UT) status with no possibility of having an elected government with a Chief Minister, and a Lieutenant Governor or a Governor. It looks that Lieutenant Governor who so ever he may be, shall always remain at the helm of the affairs. A specific division should have been made between the powers of Governor/ Lt. Governor and the Chief Minister (Chancellor and Pro-Chancellor), though, in the present set up Lieutenant Governor shall enjoy all powers of Chancellor and Pro- Chancellor.
* In the Bill the Lieutenant Governor as Chancellor of the University is going to take most of the administrative/even academic decisions as per the advice of the Government i.e., the bureaucracy.
* In the existing University Act, the matters regarding maintaining the sanctity of the university such as to check the violations of the statutes, rules and regulations by any authority, body, committee or individual are to be processed through the statutory bodies of the University for the appropriate decision and action. Where as in the proposed University Bill such matters are dealt in a manner, not considered as judicious.
* In the proposed Bill the teachers of the University are brought within the definition of “Public Servants” under the section 21 of Indian penal code-1860. This is contrary to U.G.C guide-lines and the policy of a democratic government and society, where the academicians and other class of intellectuals are encouraged to provide lead to the society by their participation in the political system.
* The well tested mechanism procedure for the appointments of teachers, officers and other technical and administrative staff in the universities have been done away with in the proposed Bill.
* The universities through the country have their independent, protected and credible methodology of selections to the teaching as well university administrative posts under the guidelines of UGC. There is minimal interference from other unauthorized or unethical agencies/individuals. However, in the proposed Bill it is indented to have selections to the posts of Assistant Professors and Associate Professors through State (UT) Public Service commission and other administrative posts and non academic/technical positions through SSB. Such Selection Bodies and agencies always remain influenced by the politicians, bureaucrats and other non-academic and undesirable individuals.
* The proposal of conducting written test for the academic positions of Assistant Professors and Associate Professors for the screening/short listing of the applicants is going to undermine, in fact, practically ignoring the PhD, MPhil, research publications, research and teaching experience and NET qualification of UGC/CSIR. This would be completely unfair and unjust, and shall go against the laid down procedure and criterion defined by the University Grants Commission. Further, conducting of written tests for the selections against these academic positions shall discourage the candidates from the rest of the country to apply, thus the concept of getting best talent through the country for a specific specialization is going to be sacrificed. Also experts in diverse specializations for each discipline would be required for recruitments. Handing over the selections process to the State P.S.C. would not do justice. Even in the case of college associated with a Cluster University, and having a post-graduate course, permanent teaching staff with specialisations in different fields of the course is essential; and such teaching staff needs to have research experience in the fields of their specialization.
* U.G.C. has also laid down guidelines regarding academic qualifications and administrative experience for the appointments against administrative positions of Registrar, Deputy Registrar, Assistant Registrar, and Controller of examinations and Directors etc. Deputing someone from the state administration against any of these positions shall effect the functioning of the Universities and their academic culture. Also the Universities conduct the written tests and interviews to appoint the persons against the positions of Registrar, Deputy Registrar, Assistant Registrar, Controller of examinations and Directors, and other technical and administrative positions. The vacancies against the various positions are well advertised and the selections are subject to the approval of the appropriate bodies of the Universities constituted under the Act and Rules and regulations of the Universities.
In the end it is called upon the authorities to withdraw the proposed Public Universities Bill of 2022, as it is not going to improve and benefit the universities’ functioning, instead, it would destroy the intrinsic essence of the university as Haven of Academics and Academic Evolution; it would be totally eroding the very Autonomy of the Universities, thereby, adversely affecting the academic growth in the universities.
(The author is Retired Professor of Jammu University )