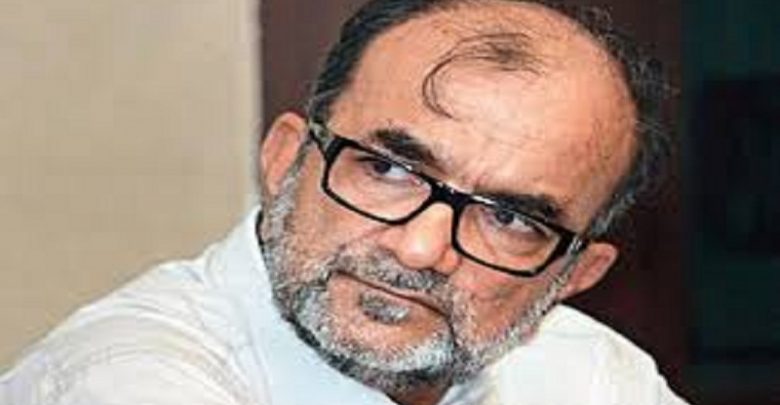 Participating in a discussion on a motion thanking the President for his address to the joint sitting of Parliament at the start of the Budget Session, Bhattacharya criticised the move to put barricades, cement blocks, concertina wires and spikes at the farmer protest sites on Delhi’s border points.

“Withdraw your farm laws and sit with them (farmers)…. You cannot invite them for negotiations by putting concrete walls, by stopping their approach to the city. This is not the way a democratic government does it,” he told the government.

Quoting Rabindranath Tagore’s poem ‘where the mind is without fear and the head is held high’, the CPI(M) MP said the government should respect personal freedom and “intellectuals should not be described as urban naxals and put behind bars”.

The foundation of federalism is diversity and unity and everything should not be done by the government only.

He further added the speech of the president does not reflect the present realities of the country and hence, he would not support it.

The president in his speech said that India’s grandeur is the ultimate truth and in one single consciousness, one thought, one devotion, one inspiration let us unite.

On the government’s handling of the COVID-19 pandemic, the Rajya Sabha member said, “In the month of December, there was alarming indication of its spread but the government of India did not take any preventive measure.”

Sudden declaration of lockdown caused tremendous difficulties, particularly to the poor who suffered a lot, he said.

Participating in the debate, N R Elango of the DMK asked the government to withdraw the three farm laws.

Thousands of farmers have been camping at Delhi’s border points with a demand that the Centre repeal the new agri-marketing laws enacted last September.

The protesting farmers have expressed the apprehension that these laws would pave the way for the dismantling of the minimum support price (MSP) system, leaving them at the “mercy” of big corporations.

However, the government has maintained that the new laws will bring better opportunities to farmers and introduce new technologies in agriculture.

Eleven rounds of formal talks between the government and the protesting farmer unions have failed to break the deadlock. While unions have stuck to their main demand of repeal of the laws and legal guarantee of MSP, the government has offered some concessions including keeping these laws on hold for 1-1.5 years. Even the Supreme Court has stayed the laws for two months and set up a panel to look into the matter.

Banda Prakash of the TRS asked the government to complete the project promised to Telangana during the reorganisation of Andhra Pradesh. (AGENCIES)