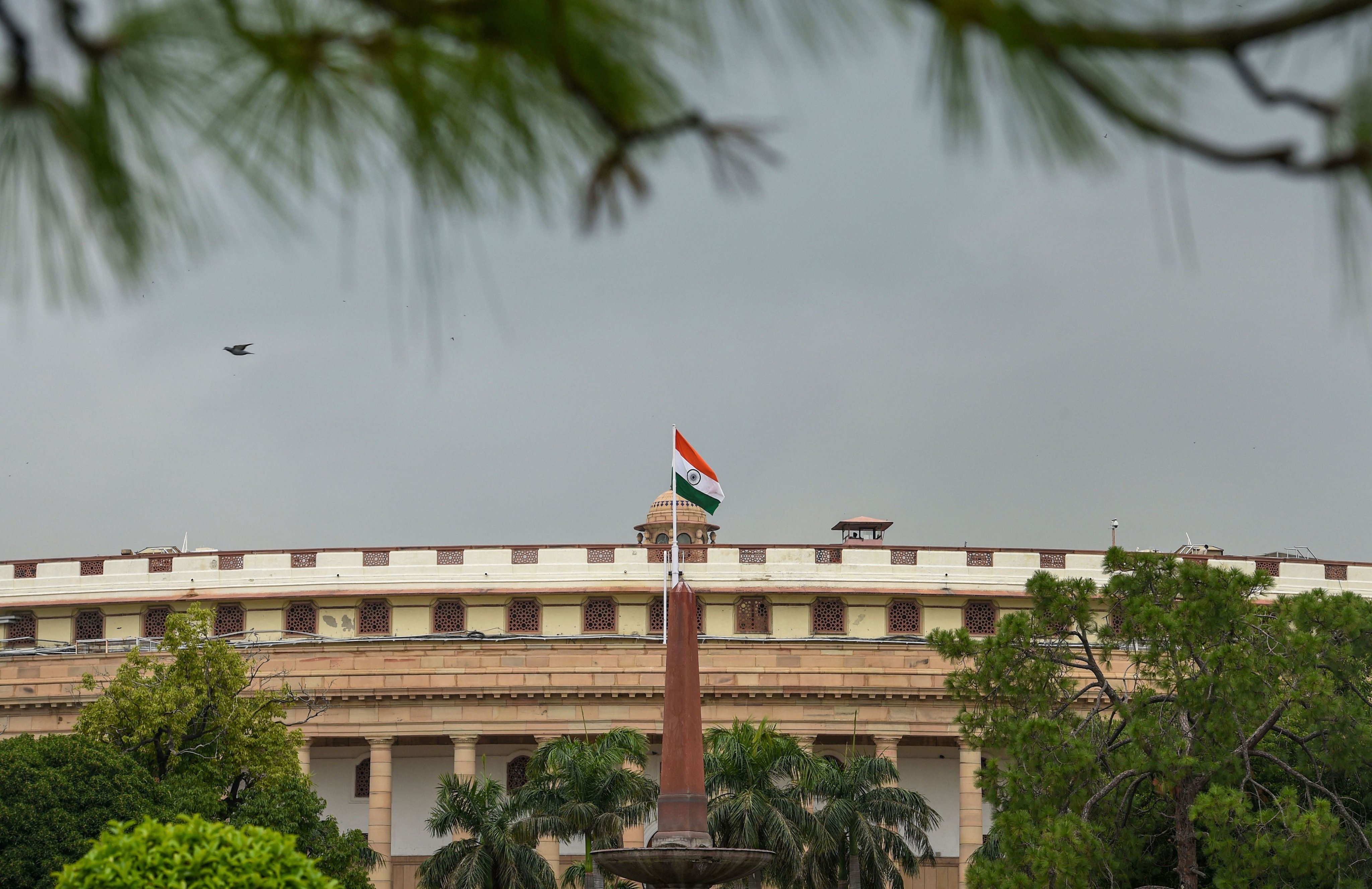 New Delhi, Dec 6: The results of the assembly elections in Gujarat and Himachal Pradesh are likely to play out during the Winter session of Parliament beginning Wednesday.
The government plans to introduce 16 bills during 17 sittings in the session, while the Congress will seek to corner the government over a host of issues including the situation on the border with China.
A day after the session starts, votes for the Gujarat and Himachal Pradesh assembly polls will be counted. The outcome is likely have a bearing on the proceedings whichever way the verdict goes as parties may use the verdict to corner rivals. Exit polls had on Monday predicted a big majority for the BJP in Gujarat and a dead heat in Himachal Pradesh where most pollsters gave an edge to the ruling party over the Congress.
The Winter session is also likely to be the last session to be held in the existing Parliament House.
Outlining the issues that the Congress will raise, party general secretary Jairam Ramesh had said last week, the party would raise matters relating to the economic situation in the country, “weakening” of constitutional institutions and reservation for the economically weaker sections (EWS).
“There is tension between India and China for the last 22 months and there has been no discussion in Parliament on the issue. The Congress would want that the issue be discussed in Parliament,” he said.
The Congress leader had also said that if the government is ready for a discussion, the party would extend constructive support to it. “But our experience in the past has been that there is no discussion and the government wants their issues to be discussed only. But, this is not possible.” “The Opposition must have its say and the government will have its way,” he said, citing an old saying.
The Congress will also raise the issue of high inflation and price rise, falling value of the rupee, falling exports and high Goods and Services Tax rates.
Out of the 17 bills that the government has listed for consideration in the session, the Congress said it is opposed to three bills — the Biological Diversity (Amendment) Bill, 2021, Multi-State Cooperative Societies (Amendment) Bill, 2022, and the forest conservation amendment bill, 2022.
“We want these bills to be sent to standing committees. There is a need for more discussion on these bills and the Congress cannot support them in their current form,” he had said.
Rahul Gandhi is unlikely to attend the session in view of the Bharat Jodo Yatra.
Among the 16 new bills the government plans to introduce is one which seeks to increase accountability and reform electoral process in multi-state cooperative societies.
The National Dental Commission Bill, which seeks to set up a National Dental Commission and to repeal the Dentists Act, 1948, is also in the tentative session agenda of the government.
The National Nursing and Midwifery Commission Bill, another measure the Health Ministry plans to introduce, seeks to set up a National Nursing and Midwifery Commission (NNMC) and to repeal the Indian Nursing Council Act, 1947.
According to a Lok Sabha bulletin issued last week, the Multi-State Cooperative Societies (Amendment) Bill, 2022, is being introduced with an objective of strengthening governance, enhancing transparency, increasing accountability and reforming electoral process in the multi-state cooperative societies by supplementing existing legislation and incorporating the provisions of 97th Constitution amendment.
It also aims to improve monitoring mechanism and ensuring ease of doing business for multi-state cooperative societies.
The Cantonment Bill, 2022, is another draft law the government proposes to bring in the session which will conclude on December 29.The bill relates to the administration of cantonments with a view to impart greater democratisation, modernisation and efficiency. It also seeks to achieve greater developmental objectives in alignment with municipalities across the country.The Bill also intends to facilitate ‘ease of living’ in cantonments.
Another bill in the list is the Old Grant (Regulation) Bill, 2022.The purpose of the bill is to regulate land given under Governor General Orders of 1836, 1827, 1838, 1849 and 1851, including their transfer, subdivision and change of purpose. It also seeks to delegate powers for better management of such land. The bill aims to enhance ease of living while ensuring effective protection of government rights over the land.
The Forest (Conservation) Amendment Bill seeks to amend the Forest (Conservation) Act, 1980. It also envisages to remove ambiguity in the applicability of the provisions of the Act, promote plantation in non-forest areas and conserve the forests.
The Coastal Aquaculture Authority (Amendment) Bill, 2022 seeks to revise the provisions of the principal Act to reduce the regulatory compliance burden to the stakeholders without diluting the core principles of environment protection in coastal areas.
It also proposes to decriminalise “the offence(s)” under the Act and to expand the scope of the law to bring all coastal aquaculture activities under its ambit. It also aims to remove difficulties and regulatory gaps in the Act for effective implementation, and to facilitate ease of doing business.
The Budget session, the first session to be held in 2023, will most likely be held in the new Parliament building.
The first session of the year begins with the address of the President to the members of Lok Sabha and Rajya Sabha.
The Winter session of Parliament will continue till December 29, having 17 sittings spread over 23 days. (Agencies)