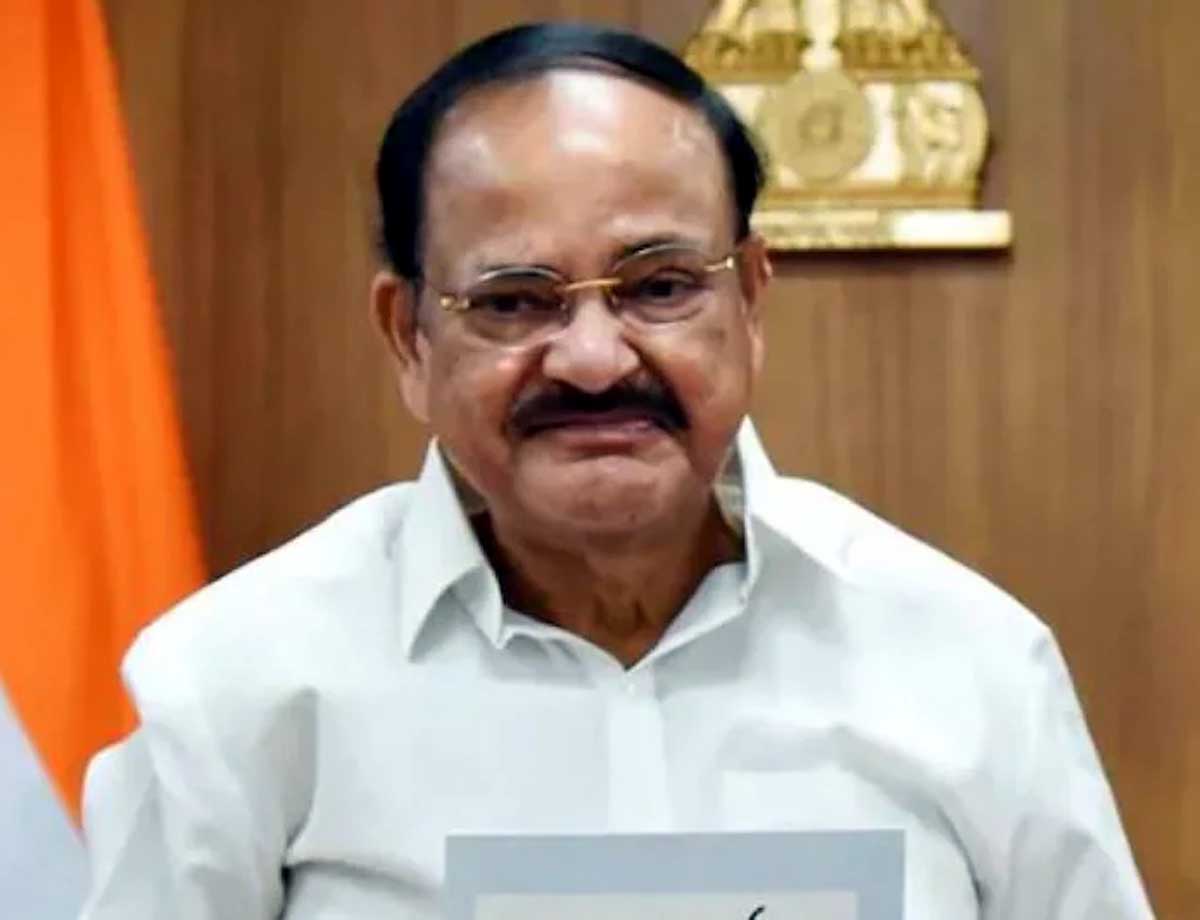 NEW DELHI, Aug 10:
Vice President M Venkaiah Naidu on Wednesday said he will resume his “unfinished journey” in the service of the nation after he completes his tenure.
He also said he will keep interacting with the people in the coming times and his focus will be youths and farmers.
In humour, he said he does not believe in the concept ‘either president or dissident, otherwise resident’ and that he would continue to engage with people.
“I will be resuming from day after tomorrow my unfinished journey in the service of the nation,” he told media at his residence.
“I would like to thank you all from the bottom of my heart because of the support given by the media,” he said.
He said someone once wrote to him that Venkaiah Naidu becomes an object of news whether “in position, opposition or in no position.”
“He later called on me and said what the secret behind this is?” Naidu said, adding he explained to the person there is always a message and substance to what he says, and media covers it like that.
“Tomorrow onwards I will be again on the move. As I said earlier, I don’t follow that popular adage that – ‘President or dissident otherwise resident’. I will keep interacting with people, as I enjoy all of that more. My focus would be youths and also the farmers, because they need greater focus and attention from government and the system,” Naidu said.
He said he has some other programmes and has already have couple of invitations in spite of the fact he will no longer be the VP after August 10.
“I told them that 10th onwards I will no longer be vice president but they said it has nothing to do with vice president it is for Venkaiah Naidu.”
During lunch at his residence, the outgoing vice president recalled his interactions with media, dating back to 1993 when he came to Delhi as general secretary of the BJP. He went on to become the party president over the years.
He later became a union minister holding several portfolios, such as rural development, urban development, Information and Broadcasting and Parliamentary Affairs, a series that culminated in his occupying the second-highest constitutional post in the country.
Naidu’s tenure as Vice President ends on August 10 and after the swearing-in of new Vice President Jagdeep Dhankhar on Thursday, he will leave for Hyderabad along with his family.
Naidu has been allotted the official bunglow at 1, Thyagaraja Marg, in Delhi.
Earlier in the morning he planted a sapling at Parliament House complex marking the completion of his five years as Rajya Sabha chairman.
Speaking on the occasion, Naidu said that one plant is equal to 100 sons as stipulated in our ‘puranas.’
He appealed to everyone to “protect, promote and propagate” plantation of trees to help maintain the ecological balance.
The sapling planted is Sita Ashok, an evergreen tree valued for its ornamental fragrant flowers and medicinal values.
The tree belongs to the family ‘Fabaceae’ and is considered one of the most legendary and sacred trees.
It is also known as Ashok, Karkeli (Sanskrit), Asogam (Tamil), Oshok (Bengali), Vanjulamu(Telugu), Ashokam (Malayalam) and Ashokadamara (Kannada) etc. (PTI)
Ashok literally means “the one without sorrow.” (PTI)