E-Paper
Home Todays story Will respond to all acts of terror: Naravane 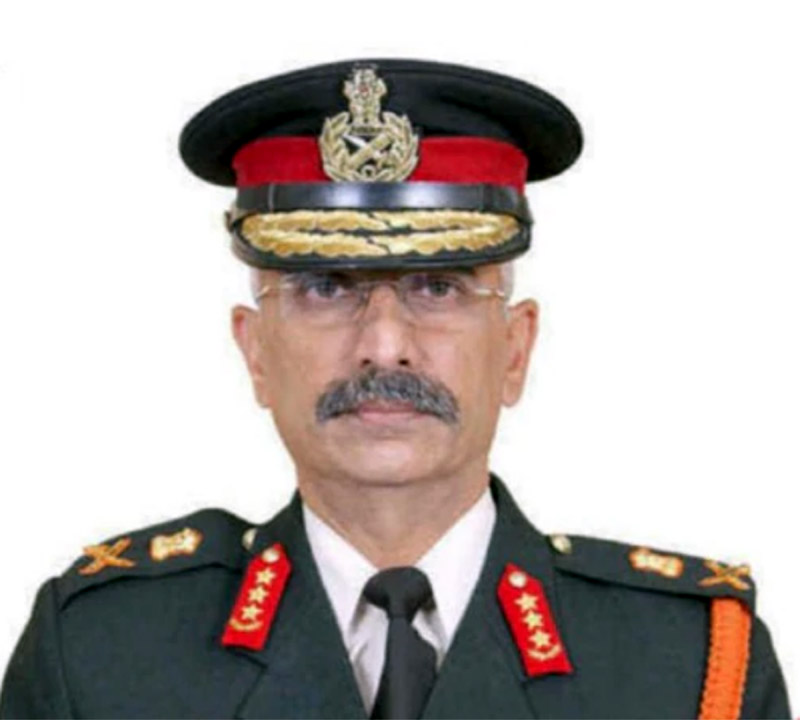 NEW DELHI, May 4:
Army Chief General MM Naravane today said India is proud of Col Ashutosh Sharma, the Commanding Officer of 21 Rashtriya Rifles battalion, and four other security personnel who laid down their lives while saving civilians from terrorists at a village in Handwara in North Kashmir.
In a warning to Pakistan, Gen Naravane said the Indian Army will give “proportionate response” to all acts of terrorism and infringement of ceasefire violations.
“We lost five brave officers and jawans of Indian Army and Jammu and Kashmir Police while saving civilians from terrorists at a village in Handwara. I wish to convey my heartfelt condolences and gratitude to these valiant braves,” the Army Chief said in an interview.
“The nation is proud of their actions especially of the Commanding Officer who led from the front and ensured that there were no civilian casualties or collateral damage during the entire operation,” he said.
Apart from Col Sharma, a decorated Army officer, the others who fell to the bullets of terrorists were Major Anuj Sood, Naik Rajesh, Lance Naik Dinesh and Sub-Inspector of Jammu and Kashmir Police Sageer Ahmad Pathan alias Qazi.
“I also take this opportunity to tell the families of our brave-hearts that, we, the entire Army fraternity, is immensely proud of their gallantry and assure you that we stand in solidarity with you during this extremely difficult time,” the Chief of the Army Staff said.
He said Pakistan is still following its “myopic” and “limited” agenda of pushing terrorists into Jammu and Kashmir, and India will respond appropriately with precision unless the neighbouring country gives up its policy of State sponsored terrorism
In an exclusive interview to PTI, the chief of the 1.3 million-strong Army said India will give “proportionate response” to all acts of infringement of ceasefire and support to terrorism by Pakistan.
On the Handwara encounter, Gen. Naravane said India is proud of the five security personnel who laid down their lives saving civilians from terrorists at a village in the North Kashmir locality and particularly complimented Col Ashutosh Sharma who led the operation.
“I would like to emphasise that Indian Army will give proportionate response to all acts of infringement of ceasefire and its (Pakistan’s) support to terrorism. The onus remains with Pakistan to bring peace in the region,” the Chief of Army Staff said.
“Unless Pakistan gives up its policy of state sponsored terrorism, we will continue to respond appropriately and with precision,” he added.
Gen Naravane said the recent infiltration attempts by Pakistan along the Line of Control in Jammu and Kashmir showed that Pakistan is not interested in battling the coronavirus pandemic and is still following its “own myopic and limited agenda of pushing terrorists inside India.”
“The low priority given to the Pakistani citizens by its own government and the army is apparent by the exponential rise in cases and massive shortages of medical equipment and supplies in Pakistan,” he said.
The Army Chief said even during the SAARC video conference, Pakistan’s narrow-mindedness was on full display when it used the platform to complain about “non-existent” violations of human rights in Kashmir instead of finding ways to keep its citizens safe from the pandemic.
“The increased intensity of ceasefire violations by the Pakistan army, where its targets innocent civilians on the LoC, just shows that the country is a global risk and is not interested in providing relief to its own citizens,” he said.
“In fact, Pakistan’s removal of names of hardcore terrorists from the terror watch list just proves that it still believes in exporting terrorism as an instrument of State policy,” he added.
On implementation of recommendations of terror anti-terror watchdog FATF, Gen Naravane said Pakistan has sought to “blindside” the international community by making superficial changes and amendments to its “non-existent” checks on terror financing and money laundering.
“It still continues to employ proxies to inflict terror and violence not only inside India but also in Afghanistan where it supports the Taliban militarily and financially,” he said.
“The sudden spurts in violence against Afghan security forces are indicative of the illegal and illicit drug and money laundering networks that fuel the conflict,” Gen Naravane added. (PTI)