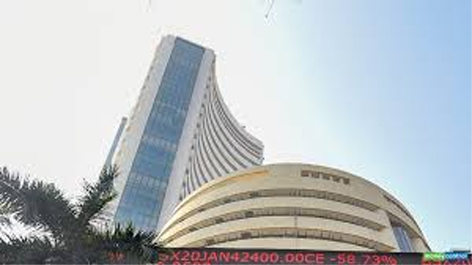 NEW DELHI, Feb 16: The country’s largest car maker Maruti Suzuki India (MSI) will not only defend its market share but also “charge” at and “chase” competitors in the wake of newcomers, such as Kia and Chinese players, intensifying competition, according to a top company official.
MSI, which had a share of 50.59 per cent in the passenger vehicles market in the April-January period of the current financial year, is not new to competition and will focus not only on new products but enhance its customer relationship in order to maintain its grip in the Indian car market.
“I am not defending, I am charging. We are charging anytime. If they are good products, we try to chase them,” MSI Managing Directror and CEO Kenichi Ayukawa said in an interview.
He was responding to a query on how prepared is the company to defend its market share in India as competition is hotting up with the entry of Kia Motors and MG Motor, while China’s Great Wall Motors and Haima Automobiles is also set to enter the market.
According to the Society of Indian Automobile Manufacturers (SIAM), in the April 2019-January 2020 period, Maruti Suzuki sold a total of 12,04,404 units of passenger vehicles cornering 50.59 per cent market share. Total PV sales during the period stood at 23,80,699 units.
Stressing that the company is used to competition, Ayukawa said, “Competition itself is there anytime. In the 1990s, new players came in and so the competition was there. Some new players are coming in. This time, players from Korea and China are coming.”
He further said, “We have to do by ourselves to develop our product portfolio and manage our business itself to encourage customers and also set up strong sales and service network. Through those kind of activity maybe we can compete better.”
When asked if the company would need some more stand-out models, especially in the SUVs segment, Ayukawa said, “We have to develop new models but car business is not only about products. It is also about how you take care of your customers.”
Reiterating the significance of customer relationship, he said, “It is important because we are not only selling, we are taking care of customers after finishing selling of the vehicle… Why a customer selects Maruti is because of the convenience of having a lot of dealers, sales and service points.”
He further said, “We are also ensuring they don’t wait long for spare parts if something happens to their cars. Those kind of convenience, they (customers) recognise.”
When asked about the growth outlook for the ongoing financial year, Ayukawa said only two more months are remaining and “we have already dropped about 18 per cent, that is not easy to recover in this fiscal”.
He, however, added that looking at the market performance after the festive season, there is a little bit of improvement and that is why the company is trying to “encourage” the market further.
The transition to BS-VI from BS-IV is also adding uncertainty as “nobody knows at this point if customers will wait and buy discounted BS-IV model or (go for) BS-VI, which we have already introduced”, he added.
Commenting on whether the company will have a rethink to exit diesel in BS-VI era, he said MSI has not closed the option and will do a review depending on market demand stating at present it is difficult to gauge. (PTI)