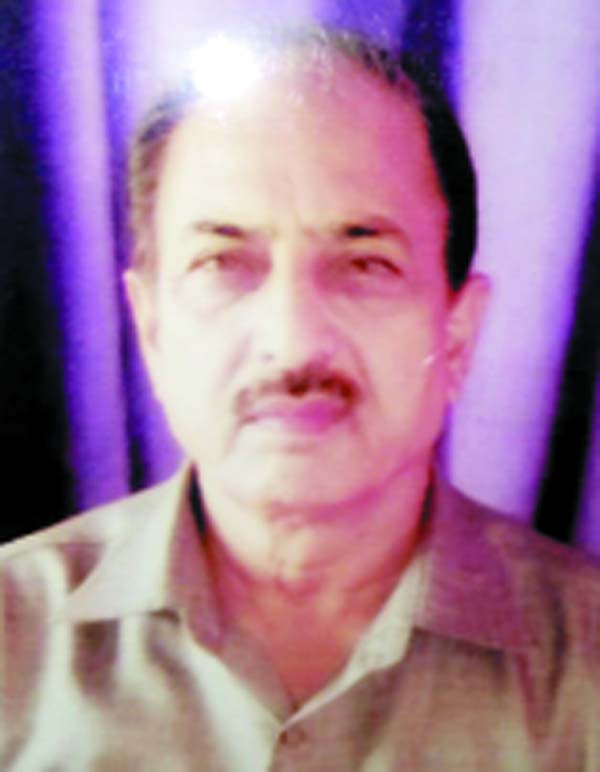 JAMMU: Ward number-48 of Jammu Municipal Corporation has become a hub of crime and drug addicts and if sources are to be believed there are many secret supply centers for drugs in the Ward and its adjoining areas.
This in no way means that the Ward is free from other problems.
Accommodating Gorakh Nagar, Bazigar Basti, Bagh-e-Bahu, Sheikh Nagar and Masjid Mohallah area, Ward number-48 is also grappling with problems like insanitary conditions, poor street lights, stray animals, garbage disposal problems, flood threat to residences along Tawi banks, water crisis etc.
An interaction with the locals here brought to fore the intensity of problems and how much the residents here are being affected by these problems.
Preetam Das—a vendor informed that two boys in his neighbor are addicts and their parents are worried. He also said that these addict boys are many times picked by cops and released after warning to mend their ways.
Rano Devi—a housewife said that cases of eve teasing, snatching, petty fights are not new in the area so the cops should honestly launch patrolling inside the lanes too to ensure peace in the area.
Shocking was the fact that this Ward nullified the tall claims of the district administration of open defecation free Jammu city as morning hours witness people openly easing themselves along the sides of a nallah and near river Tawi.
An elder of the Ward, Bishan, informed that water supply in the area is not regular while a filter-plant is there in the Ward for which the locals gave 16.5 kanals of land.
He also touched another problem wherein a Nallah in the locality overflows, especially, during the rainy days and the water enters adjoining houses.
Some responsible people of the Ward also expressed concern over the pollution of river Tawi by the drainage being thrown into the holy river and said that same should be stopped immediately.
Still more people talked about the problem of poor power supply, monkey problem etc.
Also there was a demand to develop the famous Bagh-e-Bahu Park on modern lines and to constitute a shrine board for the revered shrine of Bawe Wali Mata.
Corporator of this Ward, Sham Lal in an interaction with EXCELSIOR where all these issues and public problems were raised, talked about his roadmap to solve all these problems.
On crime and addiction problem in the Ward he said that police is already working on that but still more action is needed as any laxity in this direction will mean delay in shifting the youth from anti-social activities to mainstream.
“My election manifesto too had promise of drug and crime free Ward,” he said.
He informed that as the name of the Tehsil where this Ward falls is Bahu but its office is not in Bahu area.
“I will also work to bring the tehsil office in Bahu area for which we will provide land too,” he said.
On polluting of River Tawi by the drainage and septic outflow there, the Corporator said that he will ask the public to make a septic tank at their homes and stop desecrating Tawi.
He also talked about cleanliness and sanitation and said that it is a big problem in the Ward because there are very less Safaikaramcharis for the vast Ward area.
“Soon JMC will start new recruitments and the problem will be fixed,” he informed.
On blocked drains problem he said that streamlining of the drainage system will be done soon.
Here the Corporator appealed to the public to cooperate and stop using poly-bags as these block drains further leading to more problems.
Sham Lal informed that his Ward has a Cremation Ground at the bank of river Tawi where the approach road is in bad shape which needs immediate repair.
He further said that the sheds at the same Cremation Ground too needs repair and apart from all these other basic facilities are also immediately requited at the Cremation Ground to develop it on modern lines.
On garbage problem he said that door-to-door collection has been started by JMC and soon entire of his Ward will too be covered under this facility.
On poor power and water supply in the Ward, Sham said that soon PHE department will be approached on water crisis in the Ward.
“Also I will visit PDD authorities over power problem in the Ward and for fixing hanging wires and tilted poles at some places in the Ward,” he further said.
He said that veterinary wing of JMC will soon be contacted to tackle the problems due to stray dogs.
“I plan skill development training centre for the youth along with some sports activities so that they may not fall prey to the demon of addiction and crime,” he added.
He also assured solution to problems like those of street light, lanes and drains etc.
First time Corporator, Sham Lal won the ULB elections with a margin of 79 votes as an Independent candidate after defeating Karuna Devi, also an Independent candidate.
Karuna Devi got 502 votes against 581 polled to Sham Lal.