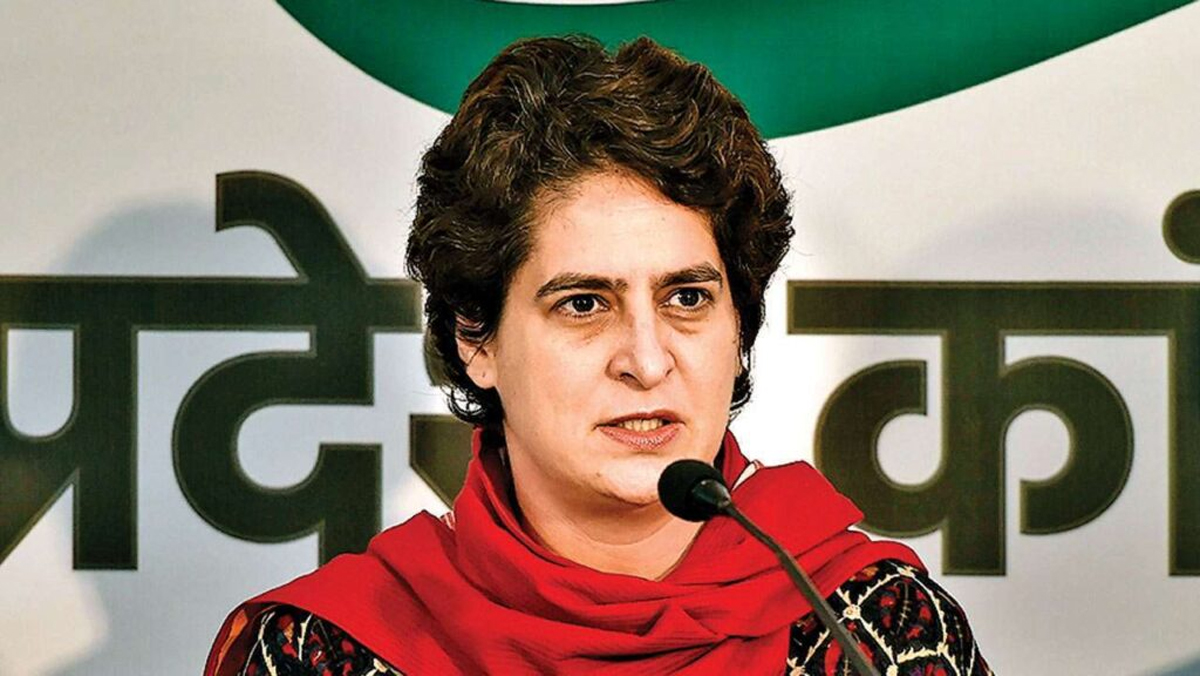 IMPHAL, Feb 15: Congress General Secretary Priyanka Gandhi on Tuesday promised that the Congress would reserve 33 per cent of Manipur Government jobs for women if it was voted to power in the coming Manipur Assembly polls.
Addressing a virtual election rally, Gandhi said the Congress Government will make public transport free for women, and improve the condition of women’s markets in the state.
She said Congress will also provide unemployment allowance and enact a law to ensure free medical treatment for all.
Addressing the rally which was broadcast to most of the constituencies in the state, Gandhi said Congress will also ensure civil liberties to all citizens and the culture and traditions of all communities will be respected.
“Congress will take up politics of development and stop controlling the State Government from the centre,” she said.
In the 2017 election, people elected a Congress Government, but they “got another Government due to the bribing, bullying done by some political parties,” she alleged.
The BJP was taking up issues that were fundamentally wrong and the party had no respect for the mandate of the people, she added.
She alleged that during the five years of BJP rule in Manipur health got low priority, and the government was weak in its response to the Covid pandemic, resulting in poor vaccination and a high death rate she added.
“The lockdown seriously affected the people, unemployment problem increased, small and medium scale industries were washed away,” she said.
She charged the BJP-led Government with helping only the big industries while leaving the middle class to fend for itself.
Gandhi promised that Congress would create jobs by strengthening medium and small-scale industries.
Taking potshots at the BJP, she said while the saffron party did not believe in treating women as equals, a Congress Government will ensure that women felt secure.
Responding to a query from a person from Heingang the constituency of Chief Minister N Biren, Gandhi said all irrigation projects will be reviewed and the Congress would see to it that farmers got adequate water. (PTI)
She said people of the region face social discrimination in other parts of the country due to a lack of understanding.
BJP wants to make things uniform, and rule from the centre, but Congress believes in respecting people and their traditions, she said.
Gandhi said BJP leaders remember Manipur only during elections but the Congress will develop the state by respecting its diversity, use its medicinal plants and harness the state’s hydropower potential properly.
Manipur Congress President, N Loken, former CM O Ibobi, ex-Union Minister Bhakta Charan Das took part in the rally from Manipur. (UNI)