E-Paper
Home Op-Ed Will directions on MSW be taken seriously? 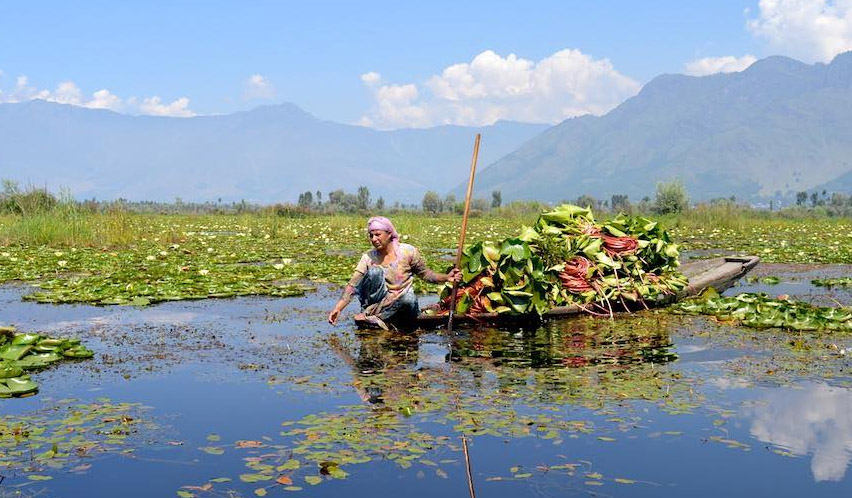 Dr Raja Muzaffar Bhat
Recently the Divisional Commissioner Kashmir, Pandurang K Pole while chairing a meeting to review conservation and preservation measures being taken for different wetlands in Kashmir directed Deputy Commissioners and Head of the Department’s (HoD’s) of concerned Govt agencies to ensure strict compliance of Municipal Solid Waste Rules 2016 and Wetland Conservation and Management Rules 2017 as per the direction of Hon’ble National Green Tribunal (NGT). The committee headed by Divisional Commissioner Kashmir was constituted last year after this author filed a petition before NGT New Delhi seeking its intervention to preserve three important wetlands namely Wullar lake in Bandipora , Hokersar in Budgam / Srinagar and Kreenchu Chandhara Pulwama. The meeting held on June 26th 2020 under chairmanship of Divisional Commissioner Kashmir was attended by top officials from different departments of Wildlife Conservation J&K , Urban Local Bodies Kashmir, JK Pollution Control Board and Deputy Commissioners of Srinagar , Budgam and Bandipora. As per the Government press release Divisional Commissioner Pole directed the Deputy Commissioners (DCs) of Srinagar, Budgam and Bandipora to take all preventive measures for conservation of the water bodies. No direction has been given to DC Pulwama vis a vis Kreenchu Chandhara. This needs to be looked into as illegal kucha road that has been constructed in the middle of wetland is yet to be dismantled.
Divisional Commissioner during the meeting called for carrying mass awareness regarding conservation of the wetlands by involving local communities. During the meeting Pole said that there will be no compromise on environment conservation and directed the DCs to take up the demarcation process and remove all encroachments and simultaneously undertake work for record correction to original contents. Divisional Commissioner Kashmir also directed the DCs, Wullar Conservation and Management Authority (WUCMA) , Urban Local Bodies Kashmir and Wildlife Conservation Department to ensure that no encroachments are allowed along the peripheries of water bodies. He also directed to install sign boards to caution against littering in and around the lake and wetlands.
NGT’s previous order
On December 16 2019 National Green Tribunal (NGT) directed all the concerned Departments to ensure that there is no scope of ingress of solid waste in and around the water bodies. For this purpose NGT directed for maintaining a strict vigil by authorities at helm. It was directed to erect signboards by the concerned agencies enjoining upon the inhabitants not to litter or dump wastes in areas around the water bodies. The Deputy Commissioners of Bandipora, Budgam, Pulwama and Srinagar together with Wildlife Conservation Department and WUCMA were directed to ensure that no encroachments take place in and around the water bodies. Further the Deputy Commissioner Bandipora was directed to ensure that the encroachments which have taken place in the Wular lake are removed after serving the notices to the encroachers. The reclamation of the encroached land will be ensured so that the original area of the lake is restored. NGT also directed the concerned Departments/Agencies to install/fix the boundary pillars within the shortest possible time and to submit a draft compliance report to be submitted before the Hon’ble National Green Tribunal. The progress report was to be filed on or before March 31st 2020 before NGT , but that could not be filed by Nodal Agency Wildlife Conservation Department due to COVID 19 outbreak. When my petition was listed on June 24th recently the
NGT gave two more months time to the J & K Government to file a compliance report.
DCs violating Div Comm’s order
As already mentioned in my earler column the dumping of municipal solid waste around Ningli Tarzoo, Nussu Zalwan Bandipora, Hokersar or Gandbal Hajin is like committing a murder of nature and legitimizing it officially. This is a highly deplorable act by the District Administration’s of Baramulla and Bandipora especially DC Baramulla was not a party in my petition before NGT but now i have made him a party as well after Sopore Municipal Council started dumping Municipal Solid Waste (MSW) at Ninglee Tarzoo area near Wullar lakes western shore. Divisional Commissioner Kashmir in an affidavit filed before NGT last year had assured that no municipal solid waste would be dumped in wetlands or water-bodies and a clear direction was given to all the Deputy Commissioners, but one fails to understand how that order has been violated by District Administration Baramulla as well as Bandipora ? Municipal Committee Bandipora last year even misled NGT through a written communication by claiming that they have stopped dumping MSW at Zalwan area which is nothing but a big lie. Even now they dump waste here and local masjid committee members and municipal councilor have written a letter to NGT Chairperson in this regard in February 2020.
Conclusion
Divisional Commissioner Kashmir is under an oath before NGT, but the Deputy Commissioners and some HODs seem to be ignorant about the same ? The minutes of the meeting that took place on 19.09.2019 mentions this in detail. I am sure all the Deputy Commissioners and HODs of ULB Kashmir , Wildlife, PCB and WUCMA will abide by the fresh directions of Divisional Commissioner Kashmir Mr P K Pole ? The DC’s of Budgam , Srinagar , Bandipora, Pulwama and Baramulla must take Divisional Commissioner’s orders seriously and start shifting garbage dump sites from wetland areas to safer locations. If they need any assistance from this petitioner I am ready to provide the same…
(The author is Founder & Chairman J&K RTI Movement)
feedbackexcelsior@gmail.com