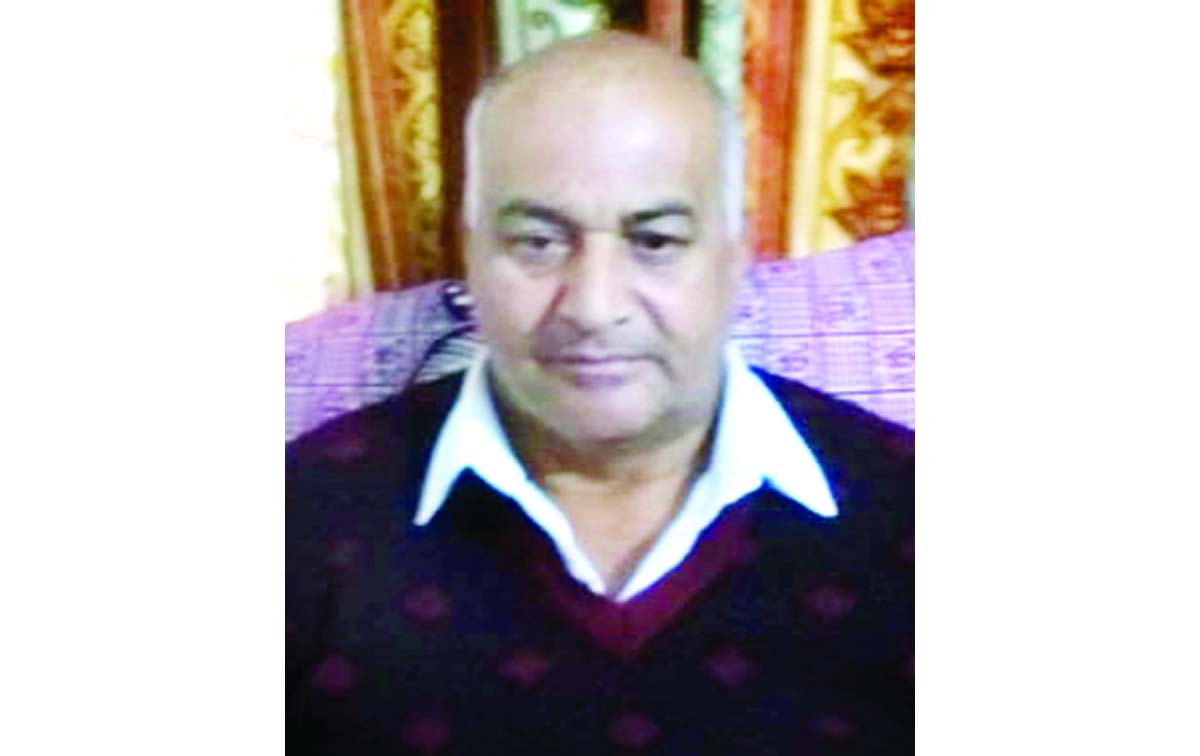 Sanjeev K. Sharma
JAMMU: Ward Number-51 of Jammu Municipal Corporation (JMC) Channi Himmat is badly facing the problem of poor lanes and drains and lack of public transport facilities apart from many other problems.
The Ward comprised localities like Thangar, Channi Himmat Sector 1-A, Bhagat Pura, Bhalla Enclave, Dairy Mohalla, Sandh Mohalla, Paroli Mohalla, Khad Paar Mohalla, Tube Well Mohalla and Channi Himmat Sector 4 (Gujjar Mohalla).
“Only a few minibuses ply to this area and that too on main roads while there is no means of public transport to reach interiors of this locality,” Bindu-a college student said.
“Especially from Gandhi Nagar Hospital and Women College Gandhi Nagar to Channi Himmat area, there needs to be some auto services at least,” she further said.
Apart from this there are also many other problems in the Ward.
Problems of lanes and drains, traffic problem, stray dogs etc too prevailed.
Prabhu Dass-an elderly local informed that the police lines crossing needs a traffic light as many mishaps takes place at this spot.
He further said that another mishap prone spot in the area is Surya Chowk which needs traffic rotary as a safety measure.
Another problem here is that of vehicle parking and somewhere it being done in extremely wrong manner. “Many hotels and restaurants in the area have no parking facility and the normal traffic movement on road is disturbed by the vehicles parked by visitors at these places along roadsides,” Bishan-a retired cop from the locality said adding that the underground parking at these hotels and restaurants is exclusive used by the staff there.
Some elders of the society and ladies said that they faced a lot of problems while walking through dark streets in evening as street lights at some areas are not functional especially at some places on main roads.
Pushpa-a local said that in dark there is a fear of being bitten by street dogs and also that of chain and cell phone snatchers while some elders can fall in dark to injure themselves.
A beautician-Sudha in the locality informed that vacant plots in the Ward have become garbage dumping places which make the life of adjoining people worst as smell continues to emanate from such garbage dumps.
She also said that labourers stay at some vacant plots and defecate in open as they have no facility at toiled at the place of their residence.
“In this way these labourers spoil the environment,” she maintained.
In an interaction with EXCELSIOR, Corporator of the ward, Raj Kumar endorsed these problems and also mentioned about some more and he also talked about solution to these problems.
He said that though there is very low crime in the Ward and if some stray incident takes place somewhere it was seen that mostly the outside labourers were behind that.
On addiction among the youth he said that police needs to be more vigilant at schools, colleges etc parents of the children should also closely monitor the activities of their children.
He also talked about problems of stray animals and said that stray dogs and cows spread and spread garbage at dumps and make area dirty.
He informed that the garbage containers are always lifted every alternate day in the Ward and soon door to door garbage collection will be started in some areas,
On poly-bags, Raj said that it is a big problem which further leads to another set of problems.
“The public parks at Bhalla Enclave and Sector 1-A needs maintenance and face lift,” the Corporator said.
He said that the Ward has no playground and a pond near police lines can be converted into a playground.
Raj Kumar also said that a dispensary in the Ward should be upgraded to Public Health Centre.
He said that as the Ward is a well off locality so CCTV cams should be installed there as security is a big problem in the Ward.
He also said that police should also increase its patrolling in the area.
Raj Kumar won the Urban Local Bodies elections as an Independent candidate with a margin of 145 votes.
His rival Pushvinder Singh, also Independent got 606 votes against got 747 by Raj Kumar.
Earlier Raj Kumar’s wife Asha Rani was the Corporator of this Ward as an Independent candidate though they were supporters of Congress that time yet not given ticket. Similarly, now Raj Kumar had joined BJP but was ignored in giving a ticket which forced him to go Independent and he won even as an Independent.
There is a children graveyard in locality around which the Corporator wants to raise boundary wall to save it from land grabbers.
He said that he will approach concerned departments for solution to all the problems of the Ward.
He had promised a community hall in the Ward to provide a facility to the locals.
Raj Kumar informed that he spend Rs. 1.5 lakh on election campaigning.

Days ahead to be prosperous for J&K: BJP