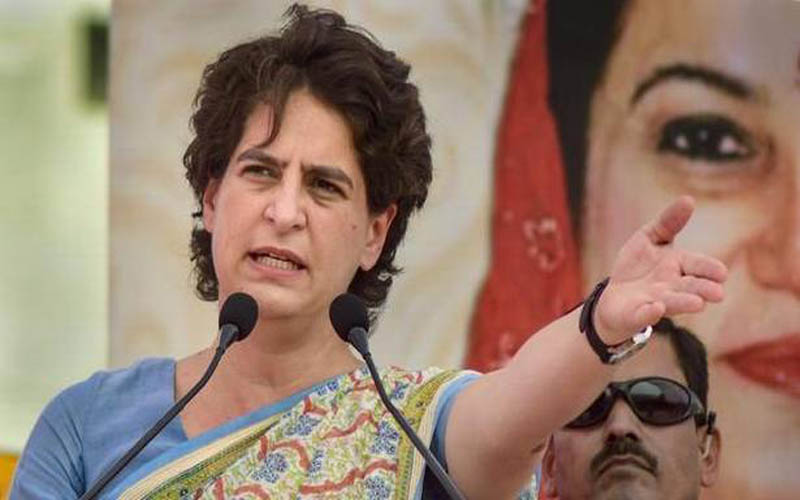 NEW DELHI, June 8: Congress leader Priyanka Gandhi Vadra today slammed the Centre for allegedly not maintaining transparency on Covid-related data, and asked why the government used it as a “propaganda tool” rather than for stopping coronavirus spread.
As part of her “Zimmedaar Kaun” (who is responsible) campaign, in which she has been questioning the government over its handling of the pandemic, the Congress general secretary put out a video in which she attacked the central government over the data related to Covid put out by it.
In her posers to the Centre, she asked why there is such a massive deficit between official death data of Covid and unofficial data gathered from crematoriums, graveyards and other sources.
Why has the government used data primarily as a “propaganda tool” rather than using it to stop the spread of COVID-19, Gandhi asked in the video posted on Twitter and Facebook.
She stressed that experts around the world have said that making data public and transparent is the only way “we can win the battle against Covid”.
Why has our government not done so, she asked.
On Monday, Gandhi had accused the Centre of suppressing data related to the Covid pandemic, and said the Modi government’s emphasis on propaganda over saving lives had caused “immense damage”.
The Congress has been critical of the Centre’s handling of the Covid situation in the country, but the government has dismissed the criticism of the Opposition party, accusing it of politicising the pandemic. (PTI)