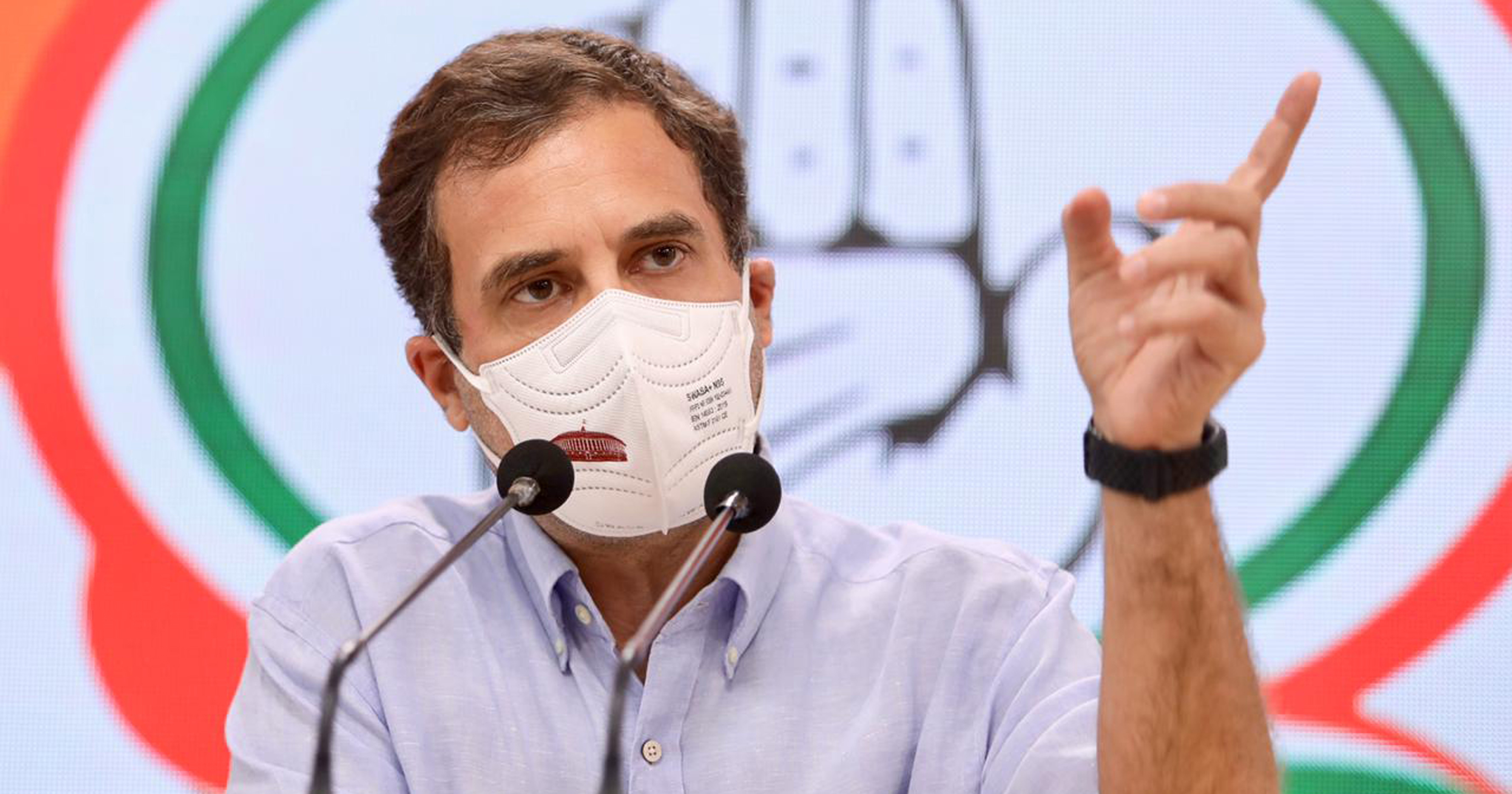 WAYANAD, (Kerala) July 1: Congress leader Rahul Gandhi on Friday slammed the BJP-led union Government’s policies for farmers of the country, saying while it waived the loans of big corporates, nothing has been done for the struggling agrarian community, which is neck-deep in debt.
In his first visit to his Lok Sabha constituency here after the SFI activists had vandalised his office over the Eco-Sensitive Zone (ESZ) issue, the MP also attacked the ruling LDF in the state alleging that it has no strategy to protect the crops of farmers from wild animals and no steps have been taken to address the issue of man-animal conflicts in the high ranges of the state.
He was speaking after inaugurating a new building of a farmers service cooperative bank at Mananthavady in the hill district. Calling farmers as the foundation of the country and agriculture as the foundation of the modern economy, he said there is no country in the world which has been able to successfully develop without the development of agriculture.
However, farmers and agriculture are left neglected today and the agrarians are pushed from all sides, the Congress MP said. Criticising the controversial farm laws, which had been repealed by the Centre following intense protests by farmers, he alleged that it was designed to corner and trap the agricultural community.
The basic idea of the farm laws was that large businesses would get the benefit of the farmers’ hard work, Gandhi claimed. Urging Governments to have a view to protect the farmers and agriculture, he said the idea that large businesses and farmers can be treated differently needs to be corrected.
“Large businesses take loans.. Default on loans, their loans are forgiven. They can take thousands of crores of rupees and that loan is forgiven…And no question is asked…Nobody asks them what did you do or how did you lose the money….And they say that it is important for the country,” the MP said.
On one hand, thousands of crores of rupees is ‘forgiven’ and on the other hand when the farmers borrow small amounts as loans, it is not, he alleged. He also noted how thousands of farmers were sent notices under the SARFAESI Act.
“Why this difference in treatment?” Gandhi asked and sought to know if large businesses are treated in a good manner, why can’t the farmers be treated in a similar way.
Pointing to the issues faced by farmers in Kerala, he found fault with the Pinarayi Vijayan-led Government for the lack of strategy to tackle man-animal conflicts in the state’s high ranges. “Here they are facing human-animal conflict also.
Wild animals are destroying their crops. The State Government has no strategy to prevent this,” he said. He also recalled the pro-farmer policies of the Congress-UPA Government and the role played by the grand old party in the farmers’ agitation against the implementation of the three contentious farm laws.
“If we are not protecting our farmers, we are doing a disservice to the nation,” the leader added. Earlier, Gandhi who arrived in Kerala on a three-day visit, was received by Congress leaders headed by state party chief K Sudhakaran.
Massive security arrangements were in place for Gandhi’s visit which came amid tension in the state over the alleged attack on AKG Centre, the headquarters of ruling CPI(M), in Thiruvananthapu-ram. The CPI(M) has alleged role of the Congress behind the “bomb attack” on AKG Centre.
His visit to the constituency also comes a week after SFI activists vandalised his office in Kalpetta in Wayanad. He will return to Delhi from Kozhikode on Sunday. A protest march of the SFI to Gandhi’s office at Kalpetta last week alleging his inaction in the issue of Eco-Sensitive Zones around forests had turned violent as a group of activists allegedly entered the Lok Sabha member’s office and vandalised it.
The issue had rocked the state Assembly on Monday with Congress-led opposition disrupting the proceedings. (PTI)