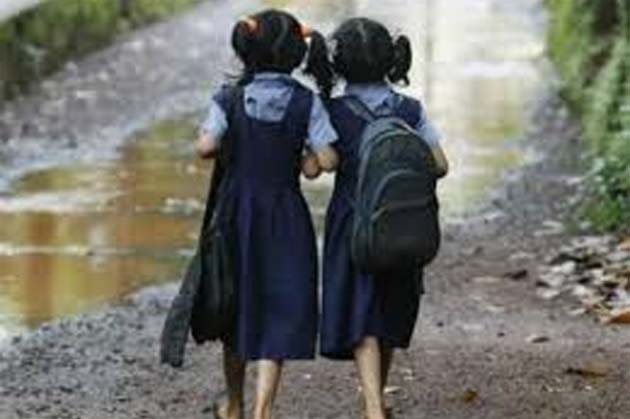 Rehana Kausar Reshi
Girls belonging to low socio-economic backgrounds have to overcome several, multifaceted hurdles to attain education especially in rural areas. While many of these hurdles are universal, few are region-specific. Remoteness of a village is one of the biggest hindrances that young girls have to overcome to be able to claim their right to basic education. Chikri Ban village in Mandi block in the border district of Poonch in Jammu and Kashmir, is one such region where young girls have been struggling hard to be educated.
Located at an altitude of more than 3,349 ft, Chikri Ban is surrounded by the mighty Pir Panjal range. The word ‘Ban’ stands for ‘forest’ and one have to trek for two-three hours through a forest to reach this village. While visiting this village, the girls from the region had shared inaccessibility to quality education as their prime development challenge. Although there are two primary and three middle schools in the village, the reality of education is quite different.
Lack of Basic Infrastructure
For a long time, the villagers have been demanding construction of roads to the concerned department, but to no avail. In absence of roads, students have to walk for long hours to reach schools, which is a critical roadblock in accessing education. Qamar Din, 60, a resident of the village mentioned that the students have to walk thirteen kilometres to Loran High School situated in Loran village, the closest high school for students belonging to Chikri Ban village. By the time these students reach school, they feel tired and are unable to concentrate on lectures. For girls, it’s even more difficult as before and after school, they have to contribute to the household chores, which includes cooking, cleaning and fetching water for the family. As compared to boys, girls get lesser time for themselves. Despite the struggles, girls in this village manage to complete middle school but as the talks of higher education start surfacing, their parents start opposing.
Entrenched in poverty, most families prefer not to send their daughters outside their village to acquire higher education. Shaziya, 15, and Tayyaba,11, two sisters from the village, dropped out of school since their parents could not afford further studies. Lack of a secondary school has limited their opportunities and chances to advance in their lives. Fatima Zahra, 26, the Deputy Sarpanch of the village, also reflected how the absence of basic facilities such as water, electricity, secondary schools and roads is affecting the education of current generation and jeopardising the future of an entire population.
Fear of Animal Attack
As there is no road, these students have to trek their way to school through a forest which means increased chances of animal attacks, especially during the summer season. Shamima Akhtar, 37, a mother of four children and a resident of the village, informed that her daughters had to drop out right after middle school as there is no high school nearby. “The trek to reach the motor able road is quite risky as there are high chances of attack by wild animals. We fear sending our children to school through that route. Even the teachers of primary and middle schools fear coming all the way up,”informed Shamima. While boys have the option to shift closer to their schools, girls are not easily allowed to leave their houses. As a consequence, they are forced to discontinue their education. Locals reported that many young people were attacked by bears in the past, some of whom died on the spot.
These factors along with other development challenges have collectively contributed to the low female literacy rate in the village. Ayesha Kausar, a 21-year-old student, highlighted that the most girls in this village are educated only up to Class 8, 7, and 5. “Young girls here have a keen desire to pursue education after completing primary and middle education but due to lack of development in our village, they are deprived of their dreams. People in the village work really hard to earn a meagre income and are able to make their ends meet. Sending their children away from home means extra expenses which they cannot afford. If they have to make a choice, they send boys and force girls to stay back and concentrate on household chores,” expressed Ayesha, who has rented an accommodation for Rs 10,000 per month to attend her college, which is 15 km away from Chikri Ban.
A report, while quoting data from a survey conducted by the National Statistical Office (NSO), mentioned that female literacy in Jammu and Kashmir is 68%, which is much lower than the male literacy rate of 85.70%. Further, as we dive deeper, the female literacy rate in rural areas of Jammu and Kashmir is lower than urban areas, which stands at 66% and 75.70%, respectively. The survey also reveals that a meagre percentage of females (2.8%) in Jammu and Kashmir are graduates and above. Whereas, the percentage of male stands at 8.4 %.
Undoubtedly, these prevailing drawbacks in the village contribute to pushing the percentage of girls accessing higher education to the brink. While girls in such remote areas somehow manage to complete their education up to middle school (or whichever option is available), the real challenge starts thereafter. Given that girls are subjected to various social and cultural norms, the unavailability of basic development infrastructure and a safe environment can affect their lives in different ways. No access to education today means a darker tomorrow. This needs to be changed.
(The writer hails from Mandi, Poonch)
(Charkha Features)