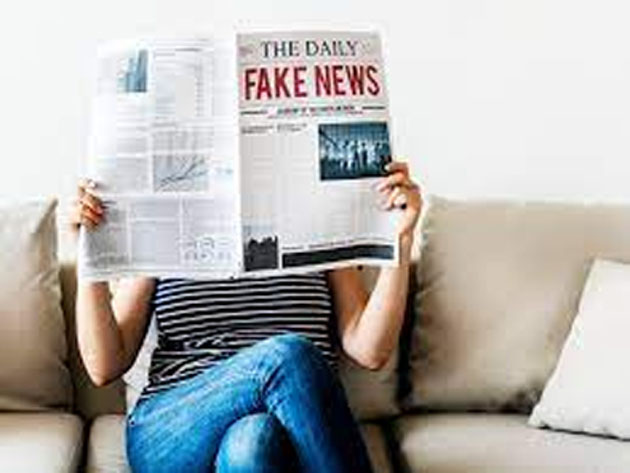 A survey by the Indian Institute of Mass Communication, country’s most premier journalism training institute, has found that the Western media had an agenda when it covered the Covid-19 pandemic in India, and that it was biased against our country. In the survey conducted among journalists, media educators and media scholars, 60 percent of the respondents said they agreed that the media in the West was agenda-based and its reporting was aimed at maligning the country internationally.
The Outreach Department of the IIMC conducted a survey – ‘A Study of the Coverage of Covid-19 Pandemic in India by Western Media’ – in June this year. As many as 215 media scholars, 210 journalists and 104 media educators participated in the study. The survey included 64 percent males and 36 percent female respondents. The journalist respondents were mainly from the print (97), followed by the digital (49) and the broadcast (29) media; 29 of them worked on multiple platforms.
The IIMC, an autonomous institute under the Ministry of Information and Broadcasting, Government of India, also organized a day-long discussion on the topic on July 6 in which Padma Shri and senior editor Alok Mehta, senior journalists Umesh Upadhyay and NK Singh, editor of Asian News International (ANI) Smita Prakash, executive editor of Network 18 Anand Narasimhan, author and screenrighter Advaita Kala, author and satirist Shefali Vaidya, were among the speakers.
Findings of the survey were released at IIMC headquarters in New Delhi by Director General Prof Sanjay Dwivedi on July 16. “The survey found that stories about India in the Western media lacked a balanced narrative,” he said.
“The study also tried to understand when the campaign by the Western media against India started. Maximum respondents (38 percent) believed that it started during the second wave when India was busy fighting the worst spell of the pandemic; 25 percent believe it started with the first wave itself. However, a significant number of respondents said that the negative campaign started after India announced successful trials of the Covid-19 vaccine and started its ‘vaccine diplomacy’,” Prof Dwivedi said.
According the survey, 69 percentof respondents believe that India’s image took a beating due to the coverage in the Western media; 56 percent respondents said such coverage may have negatively influenced the opinion of the Indians abroad.
Not convincing enough
As many as 82 percent of the respondents didn’t find the coverage of Covid-19 pandemic in India by the Western media to be convincing enough, while 18 percent believed the foreign media’s reporting was authentic. The respondents were asked if they considered the coverage done by the Western media of the Covid-19 pandemic in India to be authentic. Of the 82 percent of respondents, 46 percent found it to be only ‘partially authentic’; 15 percent each found it to be either ‘fully biased’ or ‘inauthentic’, while 7 percent found it to be ‘partially biased’.
India’ image took a beating – in India and abroad
There is no doubt in the minds of majority of the respondents that such a ‘biased’ coverage by the Western media did harm the reputation of the country at an international level. As many as 69 percent respondents believe that India’s image took a beating by such coverage, while only 11 percent thought otherwise. The rest were undecided on the matter.
Influence on the Diaspora
Any news about India in the Western media is likely to influence the Indian Diaspora there. If they paint a good picture through their reporting, the non-resident Indian will be happy about their country. But if there is a sustained, agenda-drive reporting against India, it’s likely to affect the Indians abroad in negative way. As happened during the second wave of Covid-19, the coverage must have made them worried about the loved one in their motherland. In the survey, the respondents were asked if such negative coverage could influence the opinion of the Indian Diaspora there, more than half the respondents replied in affirmative. About 56 percent respondents said such coverage could have influenced the opinion of the Indians abroad, while only a small section, about 12 percent, said it wasn’t so. About 32 per cent did not express their opinion.
The Motive(s)
The study also tried to know the possible reasons behind the Western media’s biased coverage of the pandemic in India. Many reasons were proposed by the respondents, but some of the main reasons suggested by them were International Politics (51 percent), Internal Politics in India (47 percent), Interest of pharma companies (34 percent), and regional politics of Asian region (21 percent).
Not Vocal on Social
Interestingly, majority of the respondents said they didn’t forward or share on social media such stories published to malign India’s image on the international media platforms. About 63 percent said they didn’t share it on any social media or messaging platforms, and 37 percent accepted sharing such stories on the social media platforms via their social media handles in last one year. Those who shared such stories did so on WhatsApp, Facebook, Twitter, Instagram or on their blogs.
How they accessed Western Media
As many as 54 percent respondents said they frequently followed international media’s coverage about India – of these, 22 percent read international publication directly, while 33 percent read such foreign media coverage when Indian media published them. Meanwhile, 36 percent said they followed international media but not quite regularly.
When asked how accessed these Western publications/media, they said they used multiple platforms but indicated their preferences as Google News suggestions (59 percent), YouTube and Twitter (both 40 percent), Facebook (34 percent) and Instagram (27 percent). The other popular sources mentioned by respondent were news apps (24 percent), free subscription to news websites (25 percent), news received as forward (24 percent), and paid subscription (5 percent).
(The author is Regional Director Indian Institute of Mass Communication Regional Centre Jammu)