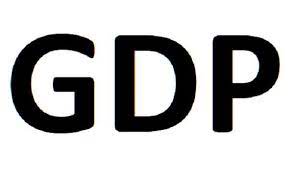 New Delhi, Dec 6: Amid high inflation and global headwinds, India’s gross domestic product (GDP) growth could slow down to 4-4.5 per cent in the second half of the current fiscal from 9.7 per cent in the first half of the year, said India Ratings and Research (Ind-Ra) on Tuesday.
Referring to 6.3 per cent year-on-year GDP growth in July-September (Q2) estimated by National Statistical Organisation (NSO), the rating agency said that India’s GDP growth is indeed a shining spot across the globe.
The data indicates that despite the geopolitical uncertainty and fear of a global growth slowdown, the Indian economy has shown resilience. In fact, the 2QFY23 GDP growth print remains next only to Saudi Arabia (8.6 per cent yoy) among the major economies, said Paras Jasrai, Analyst, Ind-Ra.
The agency noted that notwithstanding this there are pressure points and the Indian economy still has a lot of ground to cover which was lost due to Covid pandemic.
“This can be understood from the fact that the CAGR growth during 2QFY20-2QFY23 works out to be 2.5 per cent, significantly lower than the CAGR growth of 5.3 per cent during 2QFY17-2QFY20. Even at the disaggregate level, key employment intensive sectors such as manufacturing and trade, hotels, transport and communication grew at a CAGR of just 2.0 per cent and 0.7 per cent during 2QFY20-2QFY23 (CAGR during 2QFY17-2QFY20: 3.4 per cent and 8.1 per cent), respectively,” it said.
Ind-Ra further said that even the wage growth has been muted at the lower end of the income pyramid, resulting in a skewed recovery of the consumption demand.
“A broad-based recovery in the consumption demand is an imperative for sustained GDP growth. The road ahead will not be without hiccups as synchronous global monetary tightening has increased financial fragility and downside risks to global growth which would impact the Indian economy as well,” it noted.
(UNI)