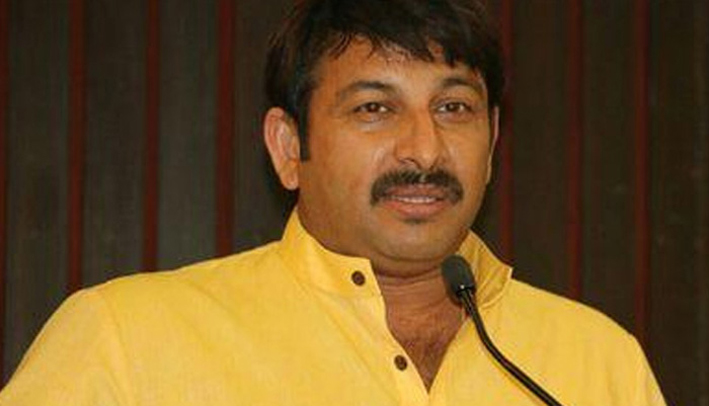 NEW DELHI, Jan 18:
Delhi BJP president Manoj Tiwari has promised ‘not to stop free water, free power’ schemes being implemented by Chief Minister Arvind Kejriwal’s Aam Aadmi Party (AAP) government, if the party comes to power in the February 8 Assembly elections.
Speaking on ‘Aap Ki Adalat’ show on India TV, to be telecast on Saturday at 2200 hrs, Mr Tiwari said, “We are not going to stop this ‘free water, free power’ scheme. We will rather give more, but not reduce.”
Mr Tiwari pointed out that AAP government had given these ‘free water, free power’ sops only for the last three months.
“Let Kejriwal tell the people how much monetary benefit he has given to the average Delhite in the last five years. We will give five times more monetary benefit than what he has given. If we fail, I promise I will leave politics”, said the state BJP chief.
Citing calculations, Mr Tiwari said, “Even if we assume that with 200 free units of power for three months ending January, an average Delhite saved Rs 800 per month, it comes to only Rs 2,400. In 2015, we had promised 30 per cent cut in power tariff. Had it been implemented, we could have given a benefit of Rs 20,000-22,000 in five years.”
The Delhi BJP chief said, “For women, Kejriwal made bus travel free for only three months. If a woman saves Rs 300 per month on average, it comes to only Rs 900.”
“Farmers in Delhi are being charged 12 times more power tariff, compared to farm power tariff in Haryana. Traders in Delhi are paying two-and-a-half times more commercial power tariff, compared to Haryana,” he pointed out.
On water, he alleged the “Delhi Jal Board, which was earning Rs 600 crore profit five years ago, is now facing Rs 168 crore loss this year. The entire losses of DJB have mounted to Rs 800 crore, and the board has no money to pay salary to it’s staff and carry out repair works on pipelines.
“People in Delhi are getting dirty water to drink. Is this what they call free water? We promise that, if elected, we will give clean drinking water and in three-and-a-half years, people in Delhi will not need to use RO purifiers,” he said.
Outlining his party’s vision for Delhi, Mr Tiwari said, apart from clean water supply, air pollution in the capital will be reduced by 70 per cent, 5,000 new DTC buses would be inducted and the entire Yamuna river front will be developed for tourists.
According to Mr Tiwari, the BJP government at the Centre has given ownership rights to 40 lakh houses built in unauthorised colonies. “All these houses had been earmarked for demolition earlier and registers had been prepared. All those registers are now redundant. We will give Rs 20-50 lakh loans to these house owners.”
On anti-CAA protests in Delhi, the state BJP chief alleged, “Muslims are being misguided by a particular section, which is injecting poison of hatred in their minds.”
“NRC is being deliberately added to the CAA, to strike fear in the minds of Muslims. There is no plan yet for implementing the NRC and the draft is yet to be prepared,” he added. (UNI)