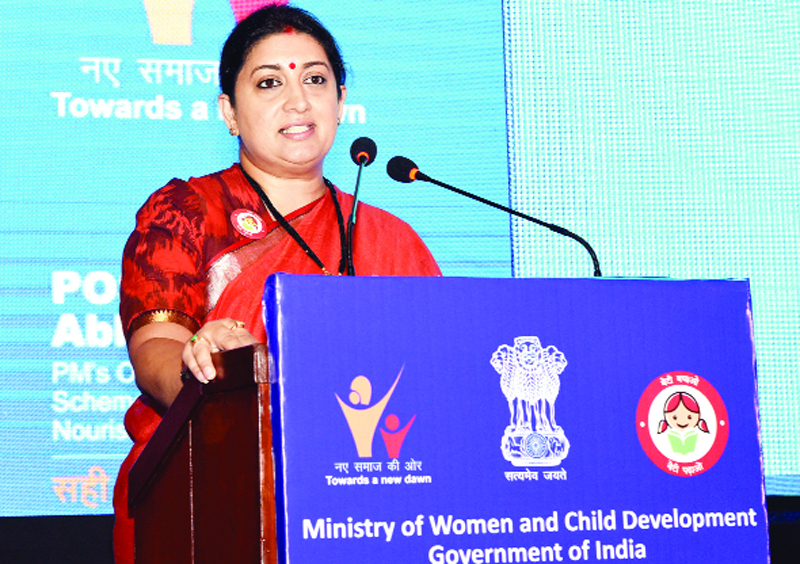 NEW DELHI: Women and Child Development Ministry and NITI Aayog will prepare a framework for a national plan for states by early next year for better implementation of all central and states policies and programmes, Union Minister Smriti Irani said on Thursday.

Irani was speaking at the two-day national conference organised by the WCD Ministry in New Delhi.

Discussions were held on various issues like non-utilization of funds, child care institutions (CCI), implementation of central schemes like mid-day meal, aganwadi, POSHAN, lack of gender specific data, feedback regarding implementation of central schemes for women and children and various constraints faced by WCD departments in states and UTs. (AGENCIES)