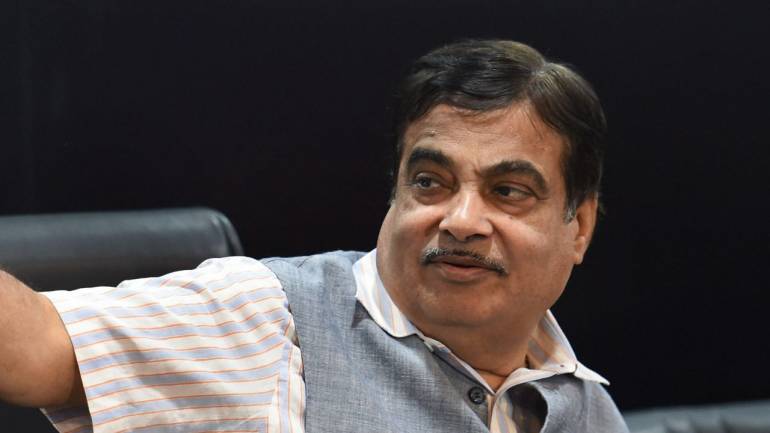 THANE, Jan 24:
Union Minister for Road Transport and Highways Nitin Gadkari on today presided over the foundation stone laying ceremony for two mega projects–eight laning of the Vadape to Thane bypass and four-laning of the Sahapur-Murbad-Karjat-Khopoli National Highway.
To be constructed at an expenditure of Rs 1,600 crore, Maharashtra Chief Minister Devendra Fadnavis laid the foundation stone using E-bhoomi poojan technique in the presence of the Thane Guardian Minister Eknath Shinde and the Bhiwandi MP Kapil Patil and Kalyan MP Dr Srikant Shinde.
Underlining the dire need for promoting the waterway which is a speedy and affordable means of transport in the country, Mr Gadkari appealed to the State Government to form a separate body for the management of various means of transport, including the waterway, sea plane, hovercraft, air boat, and other means of transport in the Mumbai Metropolitan Region and other parts of the city.
Mooting over the idea, Mr Gadkari lamented that the Jawaharlal Nehru Port Trust should be a part of the authority which would be formed to oversee and manage the operations of the waterway transport.
Heeding to the proposal, the JNPT will accrue an equity profit of Rs 1,600 crore and receive the turnover in dollars.
Eight jetties have been approved for the Thane district which would reduce the traffic on the roads, informed Mr Gadkari.
Referring to the waterway transport model in the Italian city of Venice, Mr Gadkari said that several waterway projects in and around Thane have been approved and would be developed soon.
In his speech, the senior BJP leader stated that he feels elated to oversee the expansion of the Bhiwandi bypass, which is the maiden project to be built in the year 1996 on the Public-Private Partnership(PPP) model during his tenure.
Speaking further, Mr Gadkari said that the proposed project of 12 laning of the Delhi-Mumbai route would develop the tribal areas located in the proximity of the project.
The government is mulling on the waterway projects which will link the under-construction Navi Mumbai International Airport to all parts of the city, added Mr Gadkari.
The Minister stressed the tribals to resort to biodiesel farming as it will generate employment opportunities and could be potently used for manufacturing aviation fuel. (PTI)
Mr Gadkari, who handles the additional ministry portfolio of the Shipping and Water Resources, River Development and Ganga Rejuvenation asserted that the state government must execute the cleaning work of the Arabian sea in Mumbai.
(UNI)