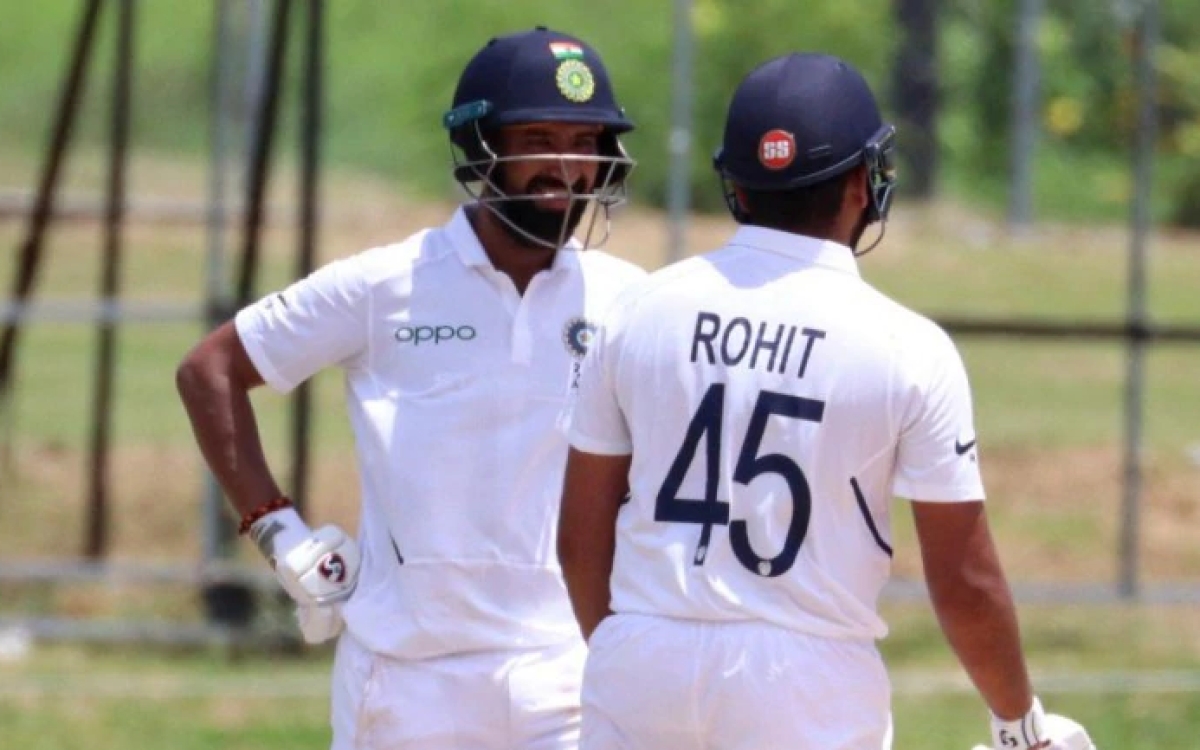 COOLIDGE (Antigua): Cheteshwar Pujara immediately struck form with a fine century while Rohit Sharma hit 68 as India shrugged off initial wobble to score 297 for 5 against West Indies A on the opening day of their three-day warm-up game here.

Pujara and Rohit stitched 132 runs together for the fourth wicket to take India to a strong position after being reduced to 89 for 3 at lunch on Saturday.

Test specialist Pujara got going in his first competitive match of the West Indies tour as he retired after making 100 off 187 balls from which he struck eight fours and one six.

Rohit fell after making 68 off 115 balls. He hit eight fours and one six.

After Pujara retired in the final session, Rishabh Pant and Hanuma Vihari pushed the Indian total further to reach near the 300-run mark. Stumps were drawn just after Pant was out for a 53-ball 33 which he made with the help of four boundaries and one six.

Hanuma Vihari was batting on 37 from 101 deliveries while Ravindra Jadeja was on 1 not out when the stumps were drawn after playing 88.5 overs.

For West Indies A, pacer Jonathan Carter took 3 wickets for 39 runs from his 13.5 overs while Keon Harding and Akim Frazer got one wicket apiece.

India, however, made a struggling start to their innings after winning the toss, with Ajinkya Rahane, who was designated as the captain for the practice game, failed once again as India reached 89 for 3 at lunch.

Rahane, who has been in wretched form for the past couple of years and also had a poor county stint with Hampshire, was out for 1, edging seamer all-rounder Jonathan Carter behind stumps to keeper-captain Jahmar Hamilton. He faced six deliveries before his dismissal.

KL Rahul looked fluent during his knock of 36 off 51 balls with five fours and a six but fellow opener Mayank Agarwal’s (12) defence was breached within the first hour.

Rahul looked good for a big one before being holed out to Romario Shehperd off new ball bowler Keon Harding’s bowling.

The talking point of Indian batting has been Rahane, who has gone without a hundred for the past two years. His last three-figure knock came against a below-par Sri Lanka side in August, 2017.

In the last 12 Test matches, he has crossed half-century mark only five times in 20 innings.

His place in the playing Xi is not under threat at least for this two Test series but the same can’t be said for the home series against South Africa and Bangladesh at home if he happens to fail in the current series.

With Hanuma Vihari closing in on him and Shreyas Iyer waiting in the wings, it’s a tense time for the Indian vice-captain.