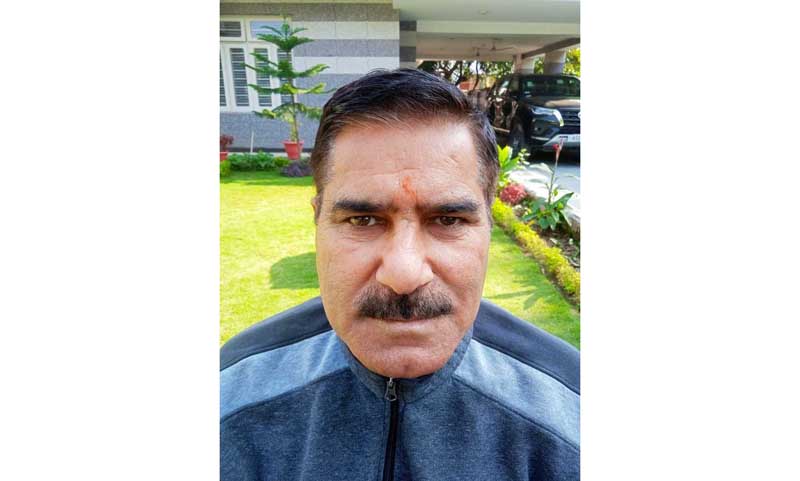 JAMMU, Dec 8: Though more than four years of the elected Urban Local Body have passed, Ward number 14 of Jammu Municipal Corporation (JMC) still faces a lot of problems prominent among which is the one due to poorly executed sewerage work.
Giving details in this regard Councillor of the Ward, Pramod Kapahi informed that sewerage pipes in the Ward often get blocked at certain places due to which litter comes out from the manholes and spreads on roads and streets leaving problems for the passersby and the locals.
He suggested that the sewerage people should press latest machinery into service to avoid such problems.
Kapahi, who politically belongs to BJP and is a second time Councillor informed that his Ward has 29 Safai Karamcharis but there is a need of 40 for proper cleanliness in the area.
“Yet it is a clean Ward because services of the available workforce is properly used here,” he asserted.
The Councillor said that areas of his Ward start from Canal Head to Mohinder Nagar (old, new and extension) and it also include Pritam Lane, Bhagwati Nagar, Ashok Nagar, Power House, Kusht Ashram and half of fourth Tawi Bridge.
It is pertinent to mention here that over four years of the mandatory tenure of five for the JMC elected body are now over yet many developmental works await completion and some of these works have not even seen the light of the day.
Kapahi also said that there are two parks in his Ward and both are well developed but there is an urgent need of gardeners in these parks for proper maintenance.
He claimed that there is a playground in his Ward with 32 kanal JDA (Jammu Development Authority) land near 4th Tawi Bridge but it is not properly developed because JDA has not transferred the land to sports authorities.
“There is no parking place for vehicles and no health centre in the Ward and the JMC Community Hall Chanderbhaga is not in use presently because it is housing certain offices,” Kapahi said.
He also said that construction and repair work of lanes and drains is 80 per cent complete in the Ward while similar work on a Nallah in the Ward is almost complete.
“Of the total requirement, 90 per cent Street Lights have been installed in the Ward of which 20 per cent are non-functional and are being repaired at snail pace due to which the people continue to suffer,” the Councillor maintained adding: “Blacktopping work is almost 90 per cent complete in the Ward.”
Kapahi informed that most of the hanging wires and damaged poles in the Ward have been corrected and now only 20 per cent of these are left due to paucity of funds.
He said that Smart Meters have also been installed in the Ward and there was no resentment against the development.
“A cremation ground in the Ward is properly developed but the graveyard here awaits development due to lack of funds,” the Councillor said.
He said that autos moving from door-to-door collecting garbage are doing a good job and after this service was started in the Ward there is no garbage dump left now.
Pramod Kapahi further said that stray dogs are also there in the Ward to add to the problems of the people.
“These canines not only litter here and there but also chase two wheelers and have created a terror among the children, women and old age people,” he continued.
He also said that drug addicts and peddlers also very much active in the Ward for which the police should take a cognizance.
“Cases of thefts involving iron gratings from the drains have also been reported from my Ward,” the JMC Councillor said.
He informed that there are three public toilets in the Ward to facilitate the public.
Kapahi said that many widows, physically challenged and old age persons in his Ward get pension but the recently introduced rule for these pensions exclusively to Below Poverty Line (BPL) people is creating problems for many deserving people.
“The concerned authorities have now made it very tough to make BPL cards,” he claimed.
The Councillor said that almost all the people of his Ward have made their Ayushman Cards while most of the eligible Voters have made Voter Cards, Domicile Certificates etc.
He claimed that City Grant funds have not been made available to his Ward till now and demanded that his Ward should be developed under Smart City Project because Base Camp for Amarnath Yatra lies in his Ward along with the Circuit House, State Guest House and J&K Convention Centre and people from across the country visit here during the annual Amarnath Yatra.