E-Paper
Home National Want to make Uzbekistan part of the Silicon route on lines of... 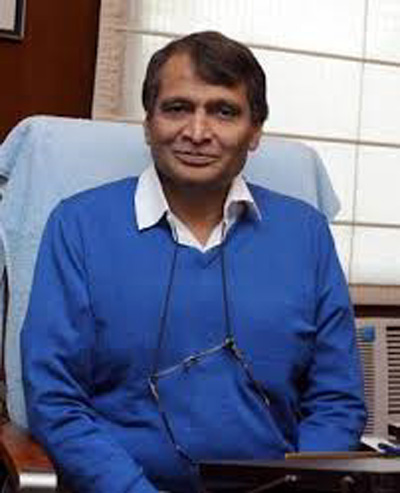 NEW DELHI, Sept 29: India would like to make Uzbekistan part of the silicon route on the lines of ancient ‘Silk route’, Commerce and Industry Minister Suresh Prabhu said Saturday.
Uzbekistan was once part of the ancient Silk route linking the far East to Europe, he said at an event organised by industry body CII here.
India and Uzbekistan could cooperate to foster the development of new and advanced technologies and with that create the new Silicon route, he said, adding that the two countries needed to strengthen collaboration in the services sector.
While addressing the India-Uzbekistan Business Forum here, Prabhu said India was working with the various countries of the region to create the International North-South Transport Corridor which would go a long way in reducing transportation costs between India and the Central Asia.
He highlighted the areas of skill development, medical treatment, food processing and energy as potential areas of cooperation.
Uzbekistan Deputy Prime Minister S Kholmuradov said the government had undertaken several reforms in terms of taxation, licensing, permits, visas, among others and invited Indian industry to invest and take advantage of the economic changes sweeping the country.
It is to be noted that Uzbekistan President Shavkat Mirziyoyev is coming to his maiden visit to India on Sunday. During the visit he will hold talks with Prime Minister Narendra Modi to boost bilateral strategic partnership. (PTI)