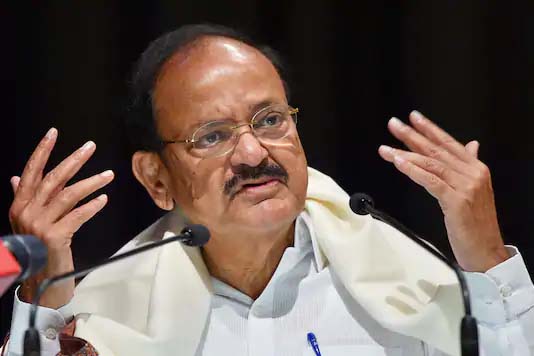 Sharing with them the concerns of the people of this area, which is facing drought for the seventh consecutive year, Mr Naidu was assured by the officials that they would explore various options in consultation with the Andhra Pradesh Government and see what might be the most feasible option.

He advised the Water Resources Secretary to discuss with Central Water Commission and find out about the technical feasibility of getting water from the Krishna basin or Somasila project.

He also suggested that the Detailed Project Report (DPR) and the various ongoing efforts of the state government to mitigate the water crisis, including through the water grid project, could be studied.

After a preliminary assessment is made, he advised that a delegation of senior officials from the Ministry of Jal Shakti as well as from NITI Aayog and Central Water Commission could visit the area and interact with the stakeholders concerned to understand the ground reality and suggest a way forward.

While enquiring about the general well-being, they informed him that ground water levels in the area had depleted considerably, most of the tanks and borewells had dried up and various water supply schemes were not serving the water needs to the fullest.

They also informed him that this is the seventh year where there are no adequate rains, an official release here said.