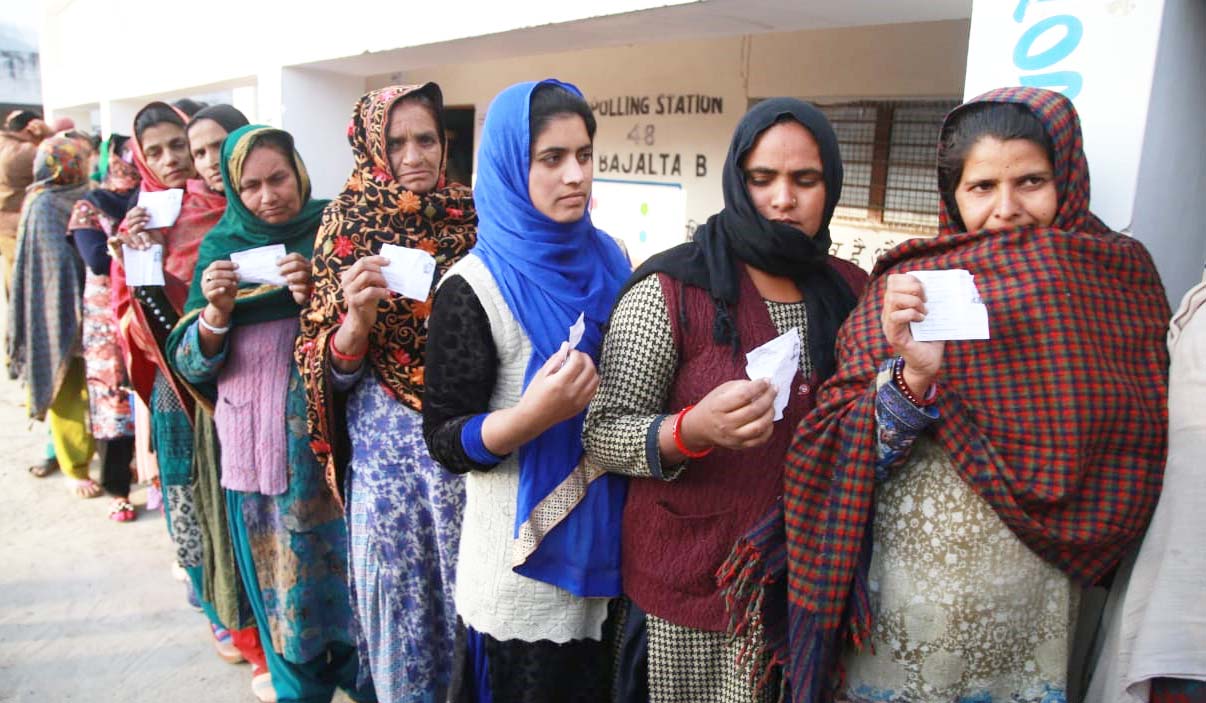 Srinagar :  Voting for the penultimate phase of the nine-phased Panchayat polls is underway Saturday at over 2,600 polling stations in Jammu and Kashmir.
Polling began at 8 am at 2,633 polling stations – 550 in Kashmir division and 2083 in Jammu division, officials said.
They said 361 polling stations have been categorized as hypersensitive with 171 in Kashmir division and 190 in Jammu division.
The officials said 6,304 candidates are in the fray for 331 Sarpanch and 2007 Panch seats in this phase, while 43 Sarpanchs and 681 Panchs have been elected unopposed.
An electorate of 515121 have the right to exercise their franchise for Sarpanch constituencies and 419775 for Panch constituencies, they said.
The officials said all arrangements, including security related, have been put in place for the smooth conduct of the polls.
At the end of seven phases of the Panchayat Polls, an overall voter turnout of 73.8 per cent has been recorded across the state, with a poll percentage of 44.4 per cent in the Kashmir division and 83.2 per cent in the Jammu division. (Agencies)