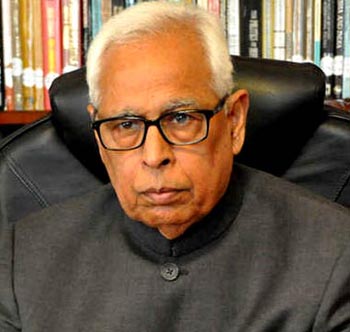 Srinagar: This afternoon Governor N.N. Vohra received a letter by fax, jointly signed by S/Shri Ravinder Raina and Kavinder Gupta, State BJP President and Leader, BJP Legislature Party, respectively, to withdraw BJP’s support to the Coalition Government. Thereafter, Ms Mufti, Chief Minister, tendered her resignation and the Governor has asked her to continue in office till alternative arrangements are made.

Governor spoke to Shri Kavinder Gupta and Ms Mehbooba Mufti to ascertain whether their respective Political Parties intended to explore alternative alliances to form the Government of the State and was informed in the negative by both the leaders. Governor also spoke to Shri G.A. Mir, President J&K Congress Party, who informed that his Party did not have the numerical strength to form Government on its own or in alliance. Later, Governor had a meeting with Shri Omar Abdullah, Vice President, National Conference, who stated that there was no alternative to Governor’s Rule and elections.

After concluding his consultations with all the major Political Parties in J&K Governor Vohra has forwarded his Report to the President of India for imposition of Governor’s Rule under Section 92 of the Constitution of Jammu and Kashmir.