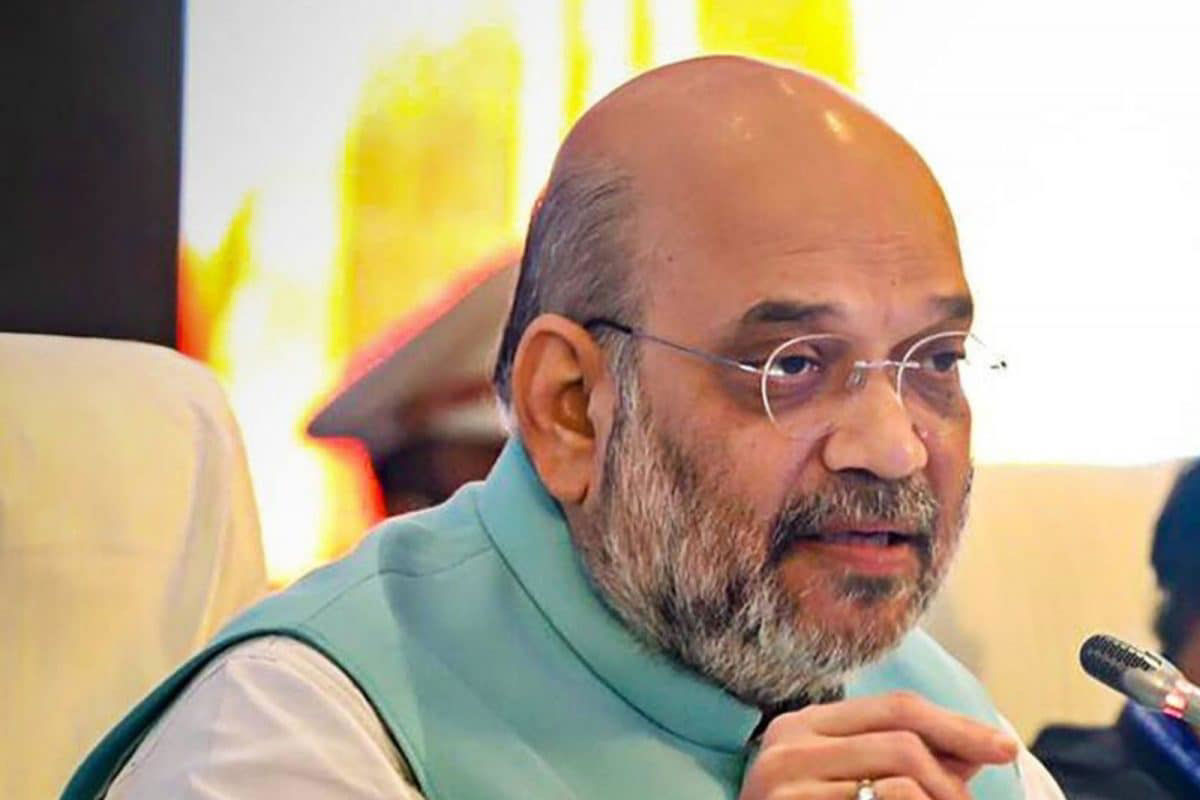 GANDHINAGAR, Mar 26:
The BJP’s “massive” victory in four states is the testimony to the acceptance of policies and projects undertaken by Prime Minister Narendra Modi to make India safe, prosperous and powerful, Union Home Minister Amit Shah said here on Saturday.
Shah also said Congress is virtually finished in these four states- UP, Goa, Manipur, and Uttarakhand.
The Union minister was addressing a gathering at Bhoyan Moti village where he launched and laid the foundation stones for Rs 22-crore worth projects for 34 villages in his Gandhinagar Lok Sabha constituency in Gujarat.
“The victory in Uttar Pradesh, Goa, Manipur and Uttarakhand showed the trust that people have in the leadership of the prime minister,” he said.
Earlier in the day, Shah inaugurated Gujarat’s first Audiology Speech Language Pathology College and a Diet Center at Ahmedabad’s Sola civil hospital, making Gujarat the fifth state in the country to start such an institution.
Shah said he was visiting his Lok Sabha constituency after a long time as he was busy campaigning and managing elections in the five states of which BJP won and formed governments in four states.
“And in all these four states, Congress is finished, it is nowhere to be seen. The massive victory reflects the trust that the people of India have in the leadership of Narendrabhai (Modi),” he said.
“This massive win of BJP shows the acceptance of the policies and programmes of the government under the leadership of Narendra Modi. The massive victory is the stamp of approval by the public on the campaign undertaken by Narendrabhai to make India safe, prosperous and powerful,” Shah said.
He said Modi, as chief minister of Gujarat, had always worked tirelessly for “all-encompassing, all-inclusive development that touched everyone and across all the regions”.
“Modi cared about the health of all sections including the poor, farmer, or the factory worker,” Shah said while launching a cancer awareness campaign.
He said Ayushman Bharat Yojna has covered 100 crore people in the country. “Along with health checkups for children and Jan Aushadhi Kendra for discounted medicines, these schemes aim at providing better healthcare to the people. I believe that the awareness created today will make India number one in the world in the area of healthcare,” Shah said.
The Union minister said Uttar Pradesh had 10 medical colleges in 2017 and this number went up to 40 in 2022. “Now, every district will have a medical college by 2024”.
Shah also said Modi provided electricity, drinking water, toilet, gas cylinder, health services, and also ensured that people received both doses of COVID-19 vaccines, which helped the country tide over the third wave, whose impact was limited.
“The Centre also provided extra 5-kg grain to everyone for two years to ensure that the people affected by unemployment during the COVID-19 pandemic continued to get food,” he said.
At the launch of Gujarat’s first Audiology Speech Language Pathology College and Diet Center at Ahmedabad’s Sola civil hospital, Chief Minister Bhupendra Patel was also present.
This college will make rehabilitation as well as the treatment through computerised software simple and accurate for newborns with congenital deafness, hearing impairment, speech, comprehension and forgetfulness caused by nervous system disease, paralysis and cerebral stroke due to functioning of audiology speech-language pathology.
The college will enrol 20 students every year for the three-year course of Bachelor in Audiology and Speech Language Pathology, to be followed by a one-year internship.
A facility for free nutritious meals was also launched by Shah at the civil hospital. Meals will be available to relatives of the hospitalised patients from 9 AM till 1 PM. (AGENCIES)