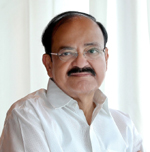 Talking to reporters at the office of Swarna Bharat Trust run by his family near Gannavaram, Naidu said the drafting of bills leaves much to be desired sometimes.

“Yes, it’s a matter of concern. Some bills are drafted shoddily and placed before the House. There is not much debate these days on bills,” he said, when asked by a reporter about views expressed by a Supreme Court judge on the issue recently.

Speaking on the anti-defection law, the Rajya Sabha Chairman said the decision on disqualification of defectors has to be taken within two months as per the statute.

“Recently I disposed off a petition in 15 days,” Naidu said, referring to the disqualification of Sharad Yadav from the Rajya Sabha on a petition filed by the JD (U). (AGENCIES)