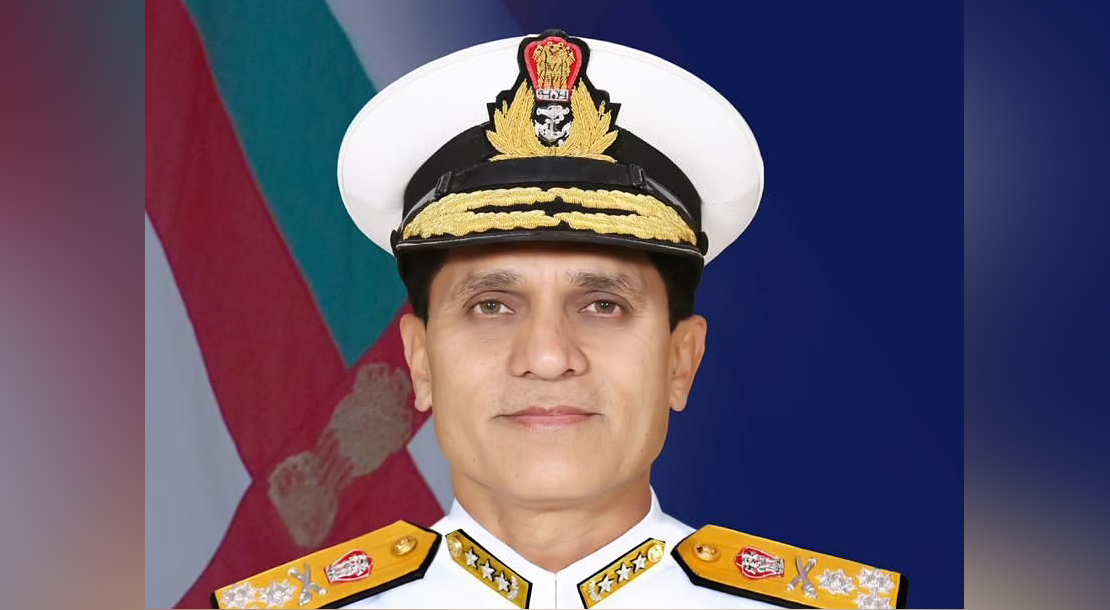 NEW DELHI, July 31: Vice Admiral SN Ghormade, a navigation and direction specialist, on Saturday assumed charge as the new Vice Chief of the Indian Navy.
Admiral Ghormade has had extensive operational tenures onboard frontline warships of the Indian Navy that included commanding guided missile frigate INS Brahmaputra, submarine rescue vessel INS Nireekshak and minesweeper INS Alleppey.
He succeeded Vice Admiral G Ashok Kumar who retired after 39 years of service.
The Flag Officer was holding the tri-service appointment of deputy chief (operations and training) at the headquarters of the Integrated Defence Staff prior to taking over as the Vice Chief of the Naval Staff.
Vice Admiral Ghormade is an alumnus of the National Defence Academy, Khadakwasla, Naval Staff College at the US Naval War College in Rhode Island, and the Naval War College, Mumbai.
He was commissioned in the Indian Navy on Jan 1, 1984, and is known as a navigation and direction specialist.
His important staff appointments ashore included assistant chief of personnel (human resources development), principal director of personnel and director of naval plans at naval headquarters.
In the rank of Vice Admiral, he has held the challenging and coveted appointments of director-general naval operations, chief of staff Eastern Naval Command and controller personnel services.
The Flag officer was awarded the Ati Vishisht Seva Medal in 2017 and Nausena Medal in 2007 by the President of India. (AGENCIES)