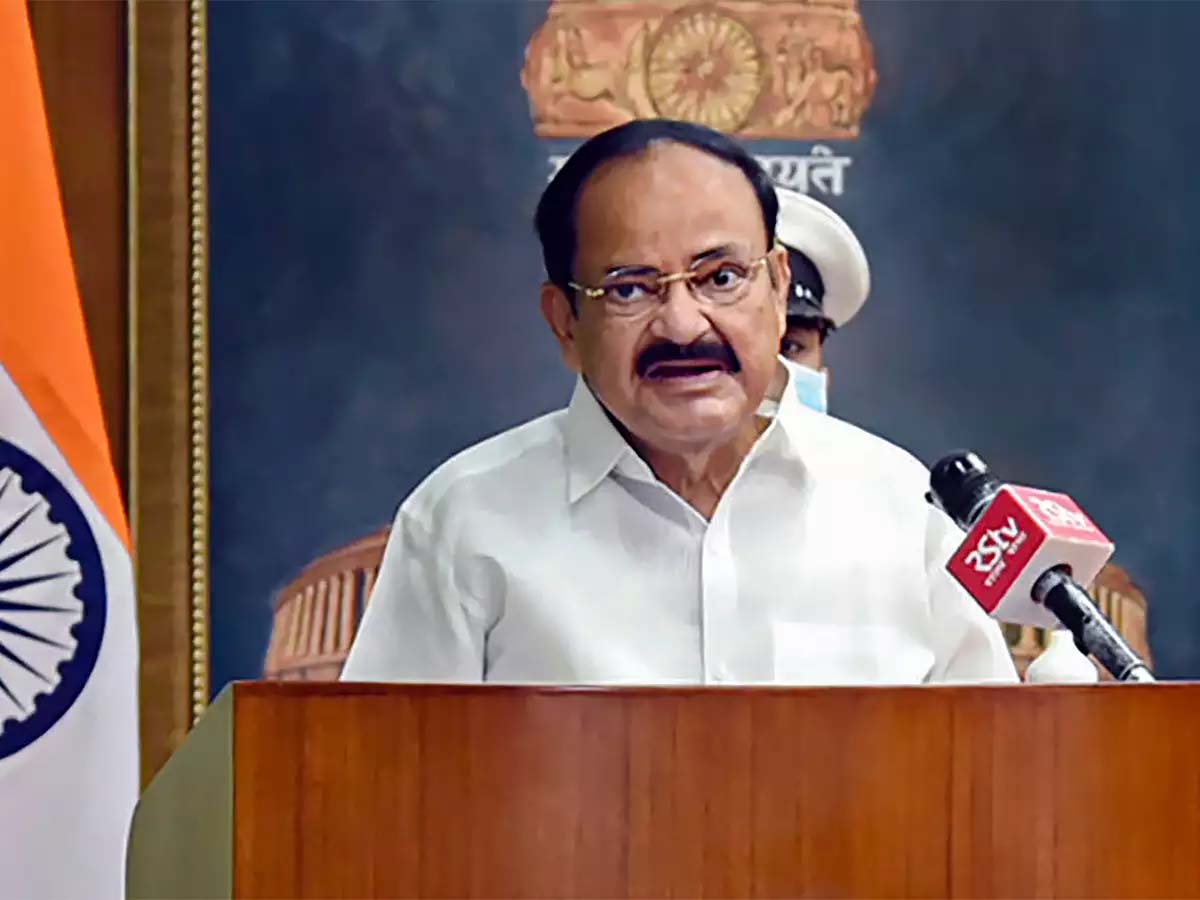 NEW DELHI : Vice President M Venkaiah Naidu on Monday laid the foundation stone for a Rs 46 crore housing complex for Rajya Sabha employees here and expressed concern over the delay in launching of the project.
Land in R K Puram was allotted for the project as early as in 2003.
The long period of 17 years taken for launching the housing project resulted in avoidable costs for the Rajya Sabha Secretariat, Naidu, who is the chairman of the Upper House of Parliament, said during a virtual event.
He also referred to the social-economic-legal-administrative cobwebs that resulted in non-utilisation of the precious land resource and the several rounds of meetings he had held over the last two years with various officials to remove the hurdles in the way of utilisation of the land, according to a statement.
Naidu pointed out that if the 8,700 square metres of land allotted for the Rajya Sabha Secretariat in 2003 was put to use in time, the secretariat could have benefitted significantly in the form of house rent allowance, besides recovering substantial portion of the investment in the housing project by now.
Referring to the huge annual rent of Rs 30 crore being paid by the secretariat for locating RSTV in the NDMC Complex, he said relocation of the channel to R K Puram would have also benefitted substantially.
Noting that provisioning of housing close to work place motivates employees to give their best, Naidu expressed concern over inadequate housing facility for employees of the Rajya Sabha Secretariat given their long and arduous working hours, particularly, when the House is in session. (AGENCIES)