Excelsior Correspondent
JAMMU, Nov 21: Village Defence Committee (VDC) members here today staged a protest demonstration outside J&K BJP headquarters after the leaders refused to have a meeting with them.
The protesters raised slogans demanding release of their pending salary of three years.
A protester threatened that they will boycott the District Development Council (DDC) elections, scheduled to be held in eight phases beginning November 28, if their pending salaries were not released by then.

Shanti Bhushan Sharma, leader of VDC members said they have not received salaries for the last three years and this has badly affected their lives.
“We have written in this regard to BJP Secretary (Org), Ashok Koul who had asked us to visit him after Diwali,” he said.
He also said that ultimately they were asked to visit Koul today but the security personnel deployed outside BJP office stopped them from entering citing orders from above and this triggered protest demonstration outside BJP office.
Sharma also informed that after they raised slogans for some time, J&K BJP president, Ravinder Raina came out and assured them that they will soon formulate a policy for VDC members so that they may not face any problem.
It is pertinent to mention here that VDCs were set up in the mid-1990s with an aim to strengthen the security of those living in remote and mountainous areas of Doda, Kishtwar, Ramban, Rajouri, Reasi, Kathua and Poonch districts of J&K against terror attacks. 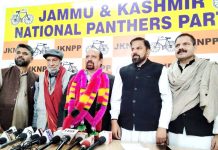 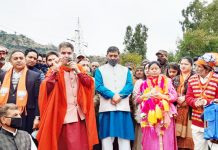 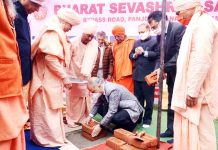 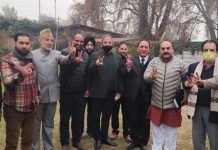 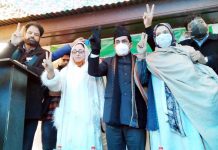 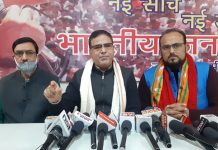 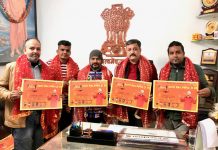