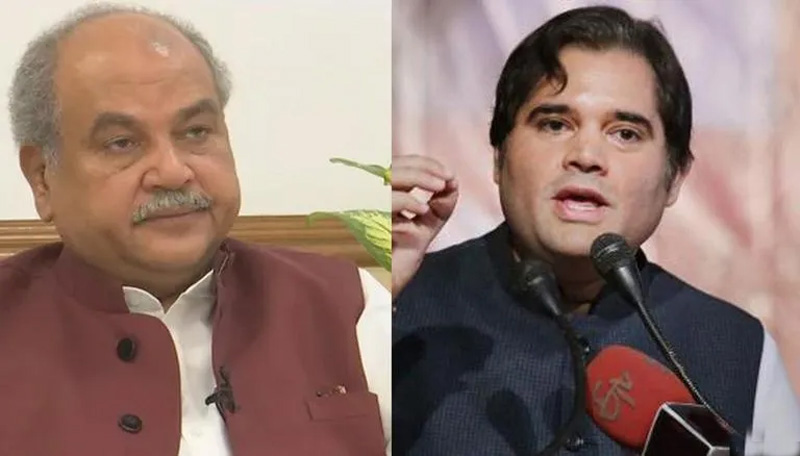 GWALIOR, June 28:
Union Minister Narendra Singh Tomar on Tuesday made light of party colleague and Lok Sabha MP Varun Gandhi’s routine utterances on various issues, which seem to be against the BJP’s official line, by claiming the latter was “fond of giving personal opinions on a daily basis”.
Gandhi had last week asked why elected representatives needed post-retirement benefits when those being selected in the Centre’s Agnipath military recruitment scheme will not be given pension once their four-year tenure gets over.
The Pilibhit MP, who has been critical of the scheme since it was unveiled on June 14, had asked in a tweet “can we, the MLAs/MPs, give up our pension to ensure that Agniveers get a pension”.
Queried on Gandhi’s statements, Tomar said, “This can be his personal opinion as he is fond of giving personal opinions on a daily basis.”
Speaking on the Maharashtra crisis due to the rebellion in the ruling Shiv Sena, Tomar said “BJP has no interference in Maharashtra”.
The Union minister of agriculture expressed confidence that the ruling BJP will win the upcoming local body polls in MP due to development works undertaken. (PTI)