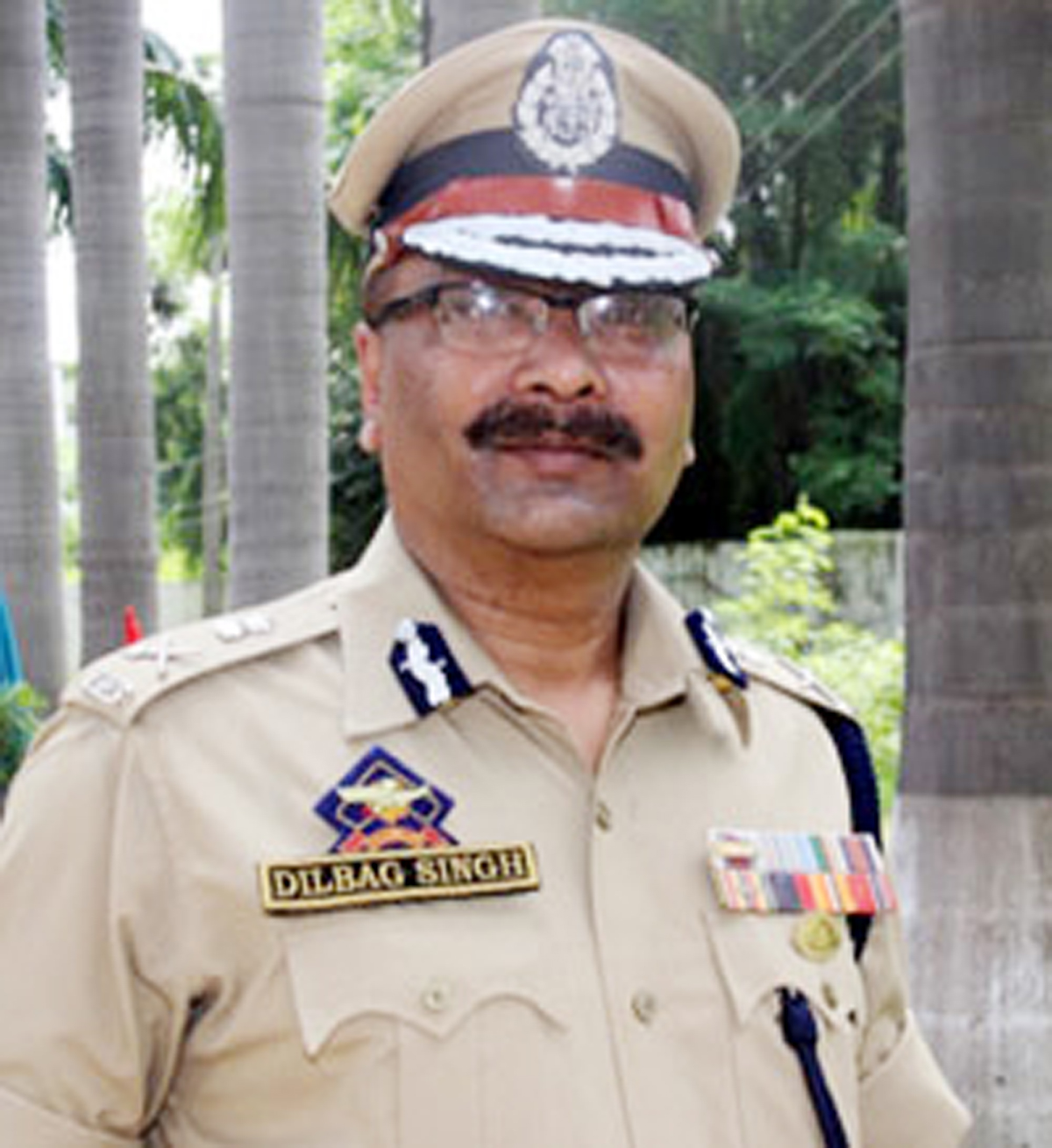 JAMMU, Sept 6: In a major decision which comes just couple of days ahead of the announcement of Urban Local Bodies elections and few days after the kidnapping of 11 kin of police personnel in Kashmir in just a single day reflecting major failure on part of police, the State Government tonight ordered removal of Dr SP Vaid as Director General of Police (DGP) and replaced him with Dilbag Singh.
A State Government order issued tonight by the General Administration Department (GAD) said the services of SP Vaid, an IPS officer of 1986 batch of Jammu and Kashmir cadre, have been placed at the disposal of GAD and he has been posted as Transport Commissioner, J&K, vice Saugat Biswas, an IAS officer of 2006 batch, with headquarters at Jammu. The post of Tra-nsport Com-missioner will be equi-valent in status and responsibility to the post of DGP.
Dilbag Singh, DGP (Prisons) and an IPS officer of 1987 batch will hold charge of the post of DGP in addition to his own duties till a regular arrangement is made, the Government order said. It added that Saugat Biswas, Transport Commis-sioner, holding additional charge of Secretary, Information Technology Department, has been transferred and posted as Special Secretary, Information Technology Department. He will continue to hold the charge of Secretary to the Government, Information Technology Department in addition to his own duties, till further orders.
Official sources told the Excelsior that the Union Ministry of Home Affairs (MHA) and State Government were not happy with tackling of militancy and law and order situation by Dr SP Vaid for the past quite some time as militancy related incidents and violence had gone up.
Further, they said, the kidnapping of 11 family members and relatives of police personnel in the Valley in just a single day after the arrest of Hizbul Mujahideen commander Riyaz Naikoo’s father by police, were viewed very seriously by both Centre and State Governments as they reflected complete collapse of law and order machinery, which failed to trace even a single kidnapped relatives of the police personnel. All of them were set free by the militants only after Naikoo’s father was released.
Sources said the holding of Municipal and Panchayat elections in Jammu and Kashmir after delay of several years was also being viewed as major challenge for the Police Department and in view of this, the Centre and State Governments decided to remove Vaid and replace him with Dilbag Singh.
Excelsior had exclusively highlighted the Bullet-Proof jacket scam in the Police Headquarters during the tenure of Vaid.
According to sources, Governor’s Advisor, K Vijay Kumar, Incharge Home Department, had received number of complaints against SP Vaid and a decision to replace him was based on his recommendations.
“The Advisor Incharge Home had been receiving regular complaints against SP Vaid. After scrutinizing the complaints, the Advisor had recommended removal of Vaid, which was ordered tonight,” sources said.
They added that the State Government had already taken the charge of Law and Order from Vaid and assigned it to ADGP Security Muneer Khan. Later, Khan was also given powers to review performance of district SPs.
As per the police seniority list after SK Mishra and SP Vaid, DR Dolley and Navin Aggarwal were the senior most IPS officers of Jammu and Kashmir cadre, belonging to 1986 batch but both of them were on Central deputation. Dolly was among 30 IPS officers shortlisted by the Centre Government for empanelment as DGPs.
They were followed by VK Singh, SM Sahai and Dilbagh Singh, all of whom were IPS officers of 1987 batch. Sahai is on Central deputation while VK Singh is posted as Special DG Headquarters.