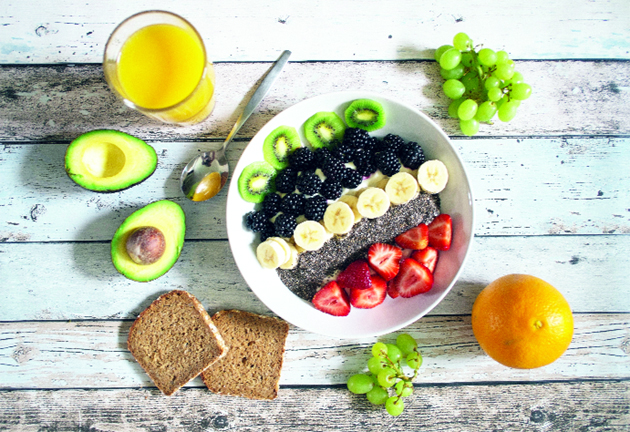 Dr.T K Munshi
Genes cause upto 1 in 10 cancers. Lifestyle and the world around us can explain the other 9. Recent research offers tips for prevention. New research from Italy, suggests that physical activity ramps up movement of cancer-fighting molecules in the body and weakens the cancer promoting ones.
The finding points to exercise as a valid form of cancer prevention. It may also lead to medications that boost these cancer-fighting molecules. Adults should get at least 150 minutes of moderate-intensity exercise, such as biking or brisk-walking, per week. A study that followed 755,459 older adults for 10 years found that those who met these guidelines had a lower risk for at least seven different cancers, including cancers of the colon, breast, uterus, kidney, and liver.
A healthy diet has a connection to risk for some cancers, such as colorectal, but not all of them. Research from Canada adds prostrate cancer to the list. Researchers divided men into groups based on their eating habits: a healthy diet of fruits, vegetables, and plant-based protein; a salty diet with plenty of meat and alcohol; and a sugary diet high in starch and sweet less beverages. Over 7 years, those in the healthy diet group were less likely to develop prostrate cancer regardless of their age, ethnicity and family history. Can’t ignore the fact that healthy eaters probably have a lot of other good habits too.
Daily flossing of teeth might improve our odds against stomach and esophageal cancers. According to a 22-year Harvard study on periodontal disease, an estimated 1 in 65 men who get gum disease, get stomach cancer and 1 in 87 get esophageal cancer. That is a risk increase of 52 % and 43 %, respectively. Two or more lost teeth add to that factor. Gum disease has the same effect irrespective of the gender. Bacteria in the mouth could be to blame.
Pleasant and unpleasant effects of alcohol :
Alcohol consumption has risen during the pandemic that arrived in most of the Europe, America and Asia around the spring season of 2020, as COVID-19. In a recent survey of more than 2,500 adults in the U.S., 23 percent said they drank more after Covid-19 hit, than before. A 2019 study estimated that 11 percent of people 65 years and older were binge drinkers ( at least four drinks at one sitting for women, five for men). Risks of alcohol have probably been underestimated. ” If you drink alcohol, less is better for your health than drinking more,” says Timothy Naimi, MD, director of the Canadian Institute for Substance-Use-Research. Moderate consumption – defined as no more than one drink per day for women and two for men – has been considered low-risk, even good for you.
Loneliness, isolation, and health concerns can increase stress, leading some to drink more now. Experts are still divided on the role of alcohol in a healthy diet. The question of whether drinking alcohol is beneficial is a complicated one. Several studies have linked having a drink or two per day – equivalent to 12 ounces of beer, 5 ounces of wine, or 1.5 ounces of liquor – to certain health benefits. For instance, a 2020 study in JAMA Network, found that adults–middle age and older–who consumed low to moderate amounts of alcohol had better cognitive function than those who never drank. Another study, involving 333,247 people, published in the Journal of the American College of Cardiology, found that when compared to lifetime abstainers, light to moderate drinkers were 28 percent less likely to die from heart disease, respectively. Nevertheless, the potential benefits of alcohol are outweighed by the harm of drinking too much..for instance, heavy drinking can increase the risk for high blood pressure, stroke, and congestive heart failure. Alcohol is also a proven cause of atleast seven types of cancer, such as breast and liver cancer. For older adults, risks and unpleasant effects of alcohol may increase the feelings of fogginess or sleepiness, or increase the risk of falling, besides interfere with drugs used for sleep problems, anxiety, and high blood pressure.
How many calories in drinks : Most of the adults don’t know the calorie count for glass of wine, a mug of beer, a cocktail, or a shot of liquor, according to a review of studies from Australia, Europe, and the U.S. Calorie counts vary from drink to drink. For instance, 5 ounces of red or white wine generally has about 123 to 128 calories. A 12-ounce regular beer has 155 calories; a light beer, about 104. So health conscious drinkers do keep a count of calories they consume from a cocktail or a chocolate martini.Long live the Connoisseur !!