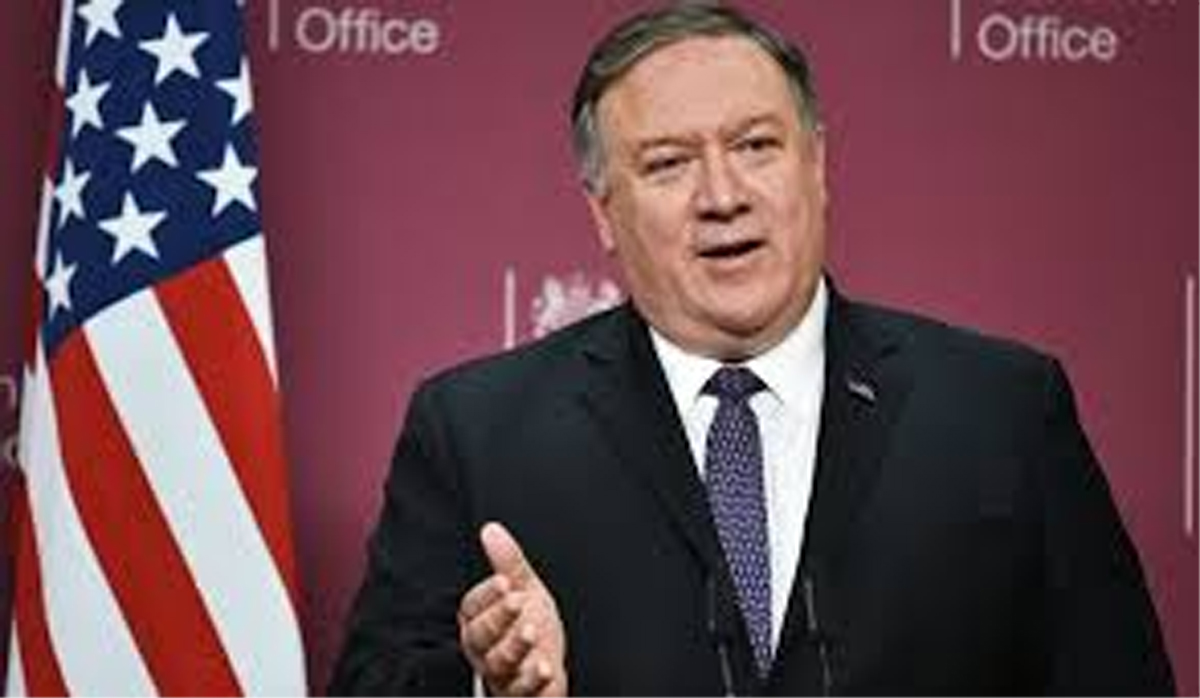 WASHINGTON, May 10: The US has warned Iran of a “swift and decisive” response in case of any attacks by Tehran or its proxies of any identity against American interests or citizens.

Secretary of State Mike Pompeo’s statement came a day after US President Donald Trump imposed tougher-than-ever sanctions on Iran’s iron, steel, aluminum and copper sectors, a move aimed at stopping Tehran from acquiring a nuclear weapon and intercontinental ballistic missiles and to counter its “malign influence” in the Middle East.

Pompeo, in a strongly-worded statement said: “The regime in Tehran should understand that any attacks by them or their proxies of any identity against US interests or citizens will be answered with a swift and decisive US response”.

“Our restraint to this point should not be mistaken by Iran for a lack of resolve. To date the regime’s default option has been violence, and we appeal to those in Tehran who see a path to a prosperous future through de-escalation to modify the regime’s behaviour,” he said.

Pompeo referred to the statement of Trump on Wednesday in which he said that he “looks forward to someday meeting with leaders of Iran in order to work out an agreement and, very importantly, taking steps to give Iran the future it deserves”.

Iran, Pompeo alleged, has engaged in an escalating series of threatening actions and statements in recent weeks.

The response of the United States and its partners and allies has been clear: “We do not seek war”.

“But Iran’s 40 years of killing American soldiers, attacking American facilities and taking American hostages is a constant reminder that we must defend ourselves,” Pompeo said.

“This statement is a big trouble. Who decides what an Iranian proxy is? Does that include the Houthis? Every single Iraqi Shia militia? Assad?

“And FYI the President cannot take military action without Congressional authorisation just because a ‘US interest’ is attacked,” Murphy said.

Last year, the US withdrew from the “fatally flawed”, “one-sided” Iran nuclear deal and began the process of reimposing sanctions on Tehran.

Iran on Wednesday threatened to enrich its uranium stockpile closer to weapons-grade levels if Europe, China and Russia fail to deliver sanctions relief within 60 days.

Earlier in the day, Trump said he does not want to say that he will not enter into a military confrontation with Iran, but hopes that will not be the case.

“I don’t want to say no. But hopefully that won’t happen. We have one of the most powerful ships in the world that’s loaded up, and we don’t want to have to do anything,” he told reporters at the White House.

“What I’d like to see with Iran, I’d like to see them call me. You know (former Secretary of State) John Kerry speaks to them a lot. John Kerry tells them not to call. That’s a violation of the Logan Act. And frankly he should be prosecuted on that. But my people don’t want to do anything that’s — only the Democrats do that kind of stuff,” he said.

The allegations were denied by Kerry.

Trump said that the Iranian economy is in a mess.

“They have inflation that’s the highest number I’ve ever heard. They’re having riots every weekend and during the week even. What they should be doing is calling me up, sitting down; we can make a deal, a fair deal. We just don’t want them to have nuclear weapons. Not too much to ask.

“We would help put them back into great shape. They’re in a bad shape right now. I look forward to the day where we can actually help Iran. We’re not looking to hurt Iran. I want them to be strong and great and have a great economy, but they’re listening to John Kerry, who’s violated a very important element of what he’s supposed to be doing. He violated the Logan Act. Plain and simple. He shouldn’t be doing that,” Trump added. (PTI)
&&&