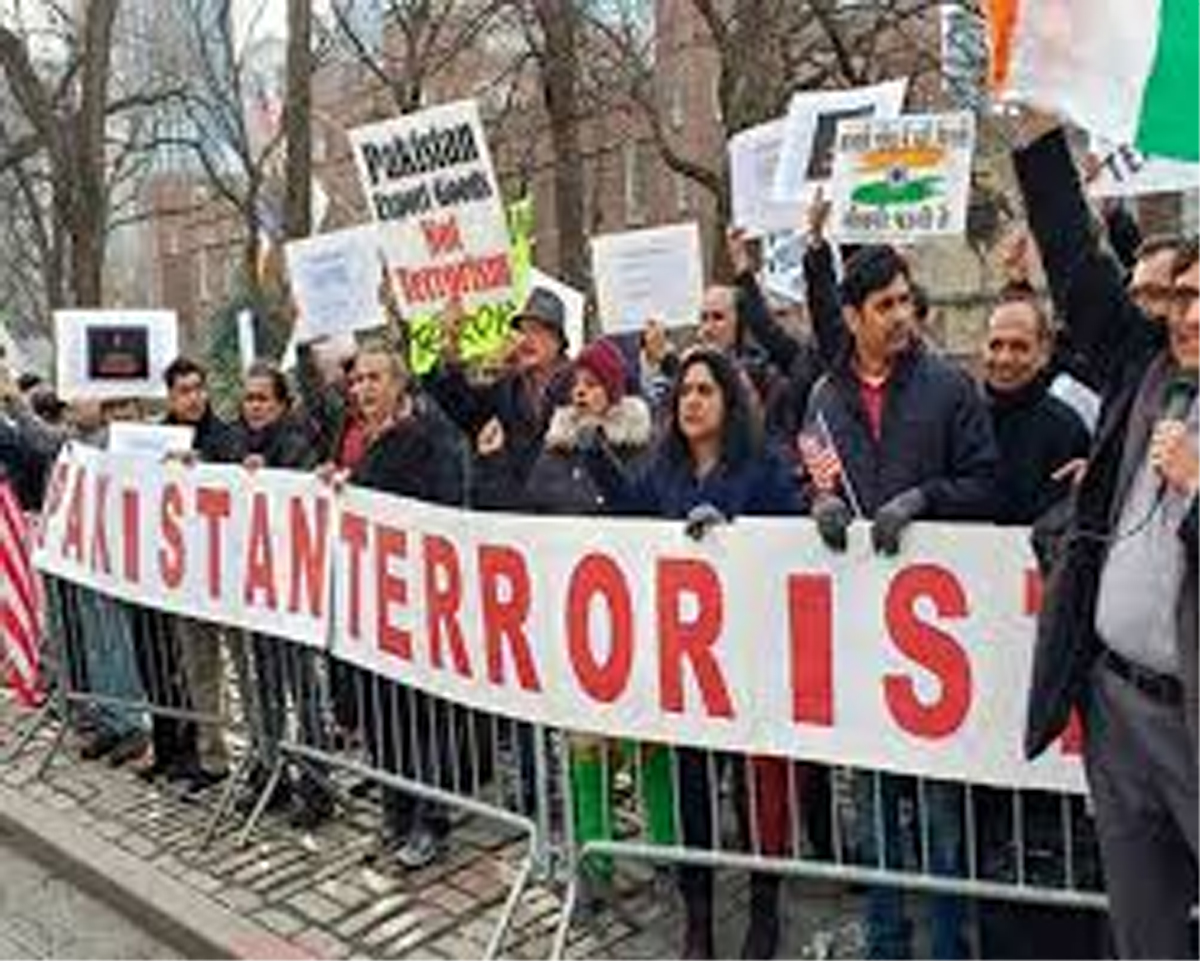 WASHINGTON, Dec 9:Protesting against Pakistan’s support to terrorist groups, a group of US veterans joined a demonstration outside the Pakistani Embassy here on Sunday, organized by the Kashmiri Diaspora and Indian-Americans.

Raising slogans like “Pakistan is Taliban”, “Pakistan a terror state,” and “Where was (Osama) Bin Laden”, the protestors demanded Pakistan be declared a State Sponsor of terrorism.

“I am here to raise awareness about the role of Pakistan in America. Pakistan is killing American sons and daughters through their support of the Taliban. Most of this is done with American taxpayers’ dollars. The taxpayers do not even know it,” said veteran David Dienstag, now publisher of Jezail.Org blog said.

“We need to let the world know that Pakistan is a terrorist state,” said Indian-American Anantatmula, who is running for Congress from the Democratic party from the 11th Congressional District of Virginia.

A large number of Americans are victims of Pakistani terrorists, she said, explaining her reason for joining Kashmiri Hindus in the peaceful protest.

Joining the demonstration, Aliscia Andrews, who is running for Congress from the 10th Congressional District of Virginia, said that it is important to “stand behind” people who have been constantly victimized by terrorist groups. “We cannot turn a blind eye” against a country which is supporting so many terrorist groups, she said.

A victim of atrocities perpetrated against Kashmiri Pandits in Jammu and Kashmir, one of the demonstrators, named Mithila, said the abrogation of articles 370 and 35A from give the community a ray of hope about their future.

“The terrorism being perpetrated by Pakistan for decades now has to come to an end, she said. Her family was forced to leave the Kashmir valley by Pakistan supported terrorist groups when she was three years old.

Protesters, representing different communities and backgrounds, gathered to voice their anguish and strong condemnation of Pakistan’s policy and practices of state-sponsored terrorism against neighbouring India and Afghanistan as well as some western countries, said Mohan Sapru, the rally organizer and Washington, DC coordinator of the Global Kashmiri Pandit Diaspora.

“It is a human tragedy that Pakistan-sponsored Islamic terrorism resulted in the genocide of Kashmiri Hindus during the dark period of 1989-1991. While the world remained silent, Islamic terrorists committed the most outrageous human rights violations by killing, raping, and uprooting about 400000 native Kashmiri Hindus who were forced to flee Kashmir,” he said.

“There is widespread anguish that despite documented proof implicating Lashkar-e-Taiba, and former Pakistani Prime Minister Nawaz Sharif admission that the Pakistani government played a role in the 2008 Mumbai attack, the terrorist organization continues to be shielded and nurtured by Pakistan, said Adapa Prasad, a prominent community leader. (PTI)