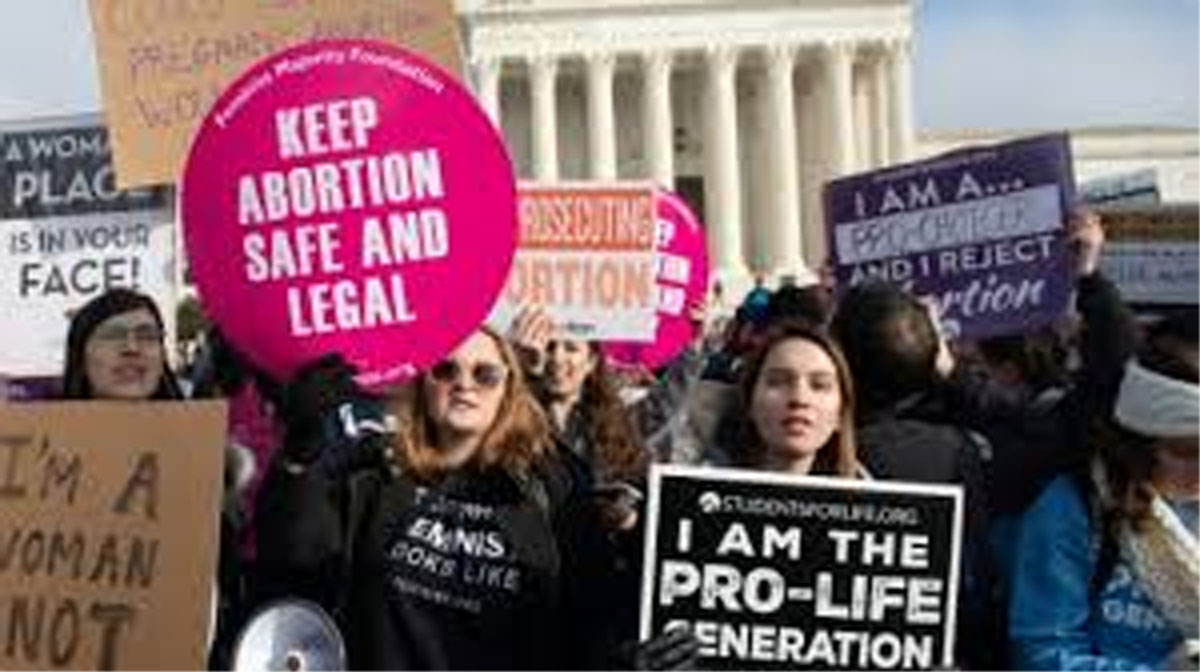 WASHINGTON, Feb 2: Already tilted to the right by President Donald Trump’s nominations, the US Supreme Court is facing a test case on abortion rights, one of the most polarising issues in an already divided nation.
A clinic and two doctors offering abortions in Louisiana have appealed to the Supreme Court to block a law restricting access to abortion that is due to come into force next week in the conservative southern state.
The law, approved in 2014, would require doctors offering abortions to have admitting privileges at a hospital within 30 miles of where they operate.
Louisiana argues that the risks of complications arising during an abortion procedure mean that patients may need to be transferred to a nearby hospital where doctors could step in.
That argument was endorsed by a state appeals court and the law will come into effect on Monday unless challenged by the Supreme Court.
A similar law limiting abortion access in Texas was struck down by the Supreme Court in 2016.
But since Trump came to office two years ago, he has appointed two new conservative justices, tilting the balance of the court sharply to the right.
A decision not to take up the case would encourage the American right-wing and evangelical movement to step up challenges to longstanding abortion laws.
The plaintiffs in the Louisiana case argue the new law “will have disastrous consequences for women in the state,” where 10,000 women seek abortions every year.
“Louisiana’s admitting privileges requirement would leave only one physician providing abortions in the entire state and that all-but-one clinic that provides abortion care would be forced to close,” they said.
They said the Texas law, adopted in 2013, led to the closure of half of the services offering abortions in the state, before being overturned by the Supreme Court three years later.
Despite being a twice-divorced former casino mogul, Trump won over the powerful evangelical right by promising to appoint judges opposed to abortion rights.
Once in office, he made good on his pledge by nominating Neil Gorsuch and Brett Kavanaugh, tipping the balance of the court to five conservative justices and just four liberals.
Both men stressed the importance of legal precedent in their confirmation hearings, but anti-abortion activists saw their appointments as a chance to assail the landmark 1973 Supreme Court ruling allowing abortion, known as Roe v Wade.
The Louisiana case will prove a key stress test for that ruling.
If either one of the new appointees sides with the progressives, the top court can freeze the Louisiana law.
Otherwise, the court will not intercede and the law will go into effect.
Defenders of women’s right to abortion fear that silence from the court will encourage other states to follow Louisiana’s lead.
A 57-per cent majority of Americans back women’s right to seek abortions, but the hot-button issue cuts deeply along political and religious lines, according to a survey by the Pew Research Center.
Some 59 per cent of Republicans and 61 percent of evangelicals say that abortion should be illegal in all or most cases.
Since Roe v Wade came into effect, states have sought ways to restrict access, trying to impose delays and threatening non-reimbursement of costs to patients.
That has led to huge regional disparities in the availability of abortions, with more than 500 centers offering them in California and only four in Kansas, according to the Guttmacher Institute.
The Guttmacher Institute said the “changing composition of the Supreme Court has heightened the risks” of restrictions on access to abortions.
“Anti-abortion politicians are hoping that the Supreme Court will stand by and let them legislate abortion out of reach – without the court ever having to reverse Roe v Wade,” said Nancy Northup, head of the Center for Reproductive Rights.
“That would be death to Roe by a thousand cuts,” she said in an opinion piece in the new York Times. (AGENCIES)