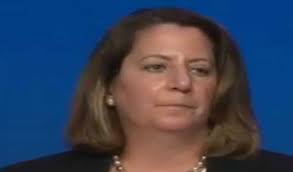 Washington, July 21:The US Justice Department is asking Congress to use racketeering statutes to go after Russian businessmen who are allegedly using networks to evade US sanctions, Deputy Attorney General Lisa Monaco has said.
“One of the things we’re asking Congress for is the ability to use the racketeering statutes, the ability to treat these oligarchs and these sanctions evaders like the criminal enterprises they are,” Monaco said on Wednesday.
Monaco said racketeering statutes are what the United States used for decades to dismantle the mafia. “So we want to treat these networks used by [Russian] oligarchs and others to evade sanctions and to hide their corrupt wealth by going after the entire network,” Monaco said.
The Racketeer Influence and Corrupt Organizations Act (RICO) is a federal law that allows the federal government to combat organized criminal enterprises in the United States. (UNI)