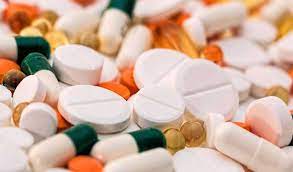 WASHINGTON, Nov 18: Scientists have identified an orally administered drug which they found lowers cholesterol in animal models by 70 per cent.
The research, published in the journal Cell Reports, represents a previously unrecognised strategy for managing cholesterol and may also impact cancer treatments.
After statins, the next leading class of medications for managing cholesterol are PCSK9 inhibitors, the researchers said.
These highly effective agents help the body pull excess cholesterol from the blood, but unlike statins, which are available as oral agents, PCSK9 inhibitors can only be administered as shots, creating barriers to their use, they said.
In the latest study, researchers at University Hospitals (UH) and Case Western Reserve University School of Medicine, US, developed an orally administered small-molecule drug that reduces PCSK9 levels and lowers cholesterol in animal models by 70 per cent.
“Cholesterol lowering is one of the most important therapies we have to prolong life and protect people from heart disease, which is still the number one cause of morbidity and mortality in the Western world,” said senior author Jonathan S. Stamler, Professor at UH and Case Western Reserve School of Medicine.
“Statins only lower cholesterol so far. This is a drug class that we think would represent a new way to lower cholesterol, a new way to hit PCSK9,” Stamler said.
The researchers noted that central to cholesterol regulation are LDL receptors, which sit at the surface of liver cells and remove cholesterol from the blood, thereby lowering serum levels.
PCSK9 in the bloodstream controls the number of LDL receptors by marking them for degradation. Therefore, agents that inhibit PCSK9 increase the number of LDL receptors that remove cholesterol.
Nitric oxide is a molecule that is known to prevent heart attacks by dilating blood vessels, the researchers said.
In the new study, Stamler and colleagues show that nitric oxide can also target and inhibit PCSK9, thus lowering cholesterol.
They identified a small molecule drug that functions to increase nitric oxide inactivation of PCSK9.
Mice treated with the drug display a 70 per cent reduction in LDL “bad” cholesterol.
In addition to impacting the field of cholesterol metabolism, the findings may impact patients with cancer, as emerging evidence suggests targeting PCSK9 can improve the efficacy of cancer immunotherapies, the researchers said.
“PCSK9 not only targets LDL receptors for degradation, it also mediates the degradation of MHC 1 on lymphocytes, which is used for recognition of cancer cells,” said Stamler.
“PCSK9 is effectively preventing your lymphocytes from recognising cancer cells. So, if you inhibit PCSK9, you can boost the body’s cancer surveillance. There may be an opportunity one day to apply these new drugs to that need,” he added. (PTI)