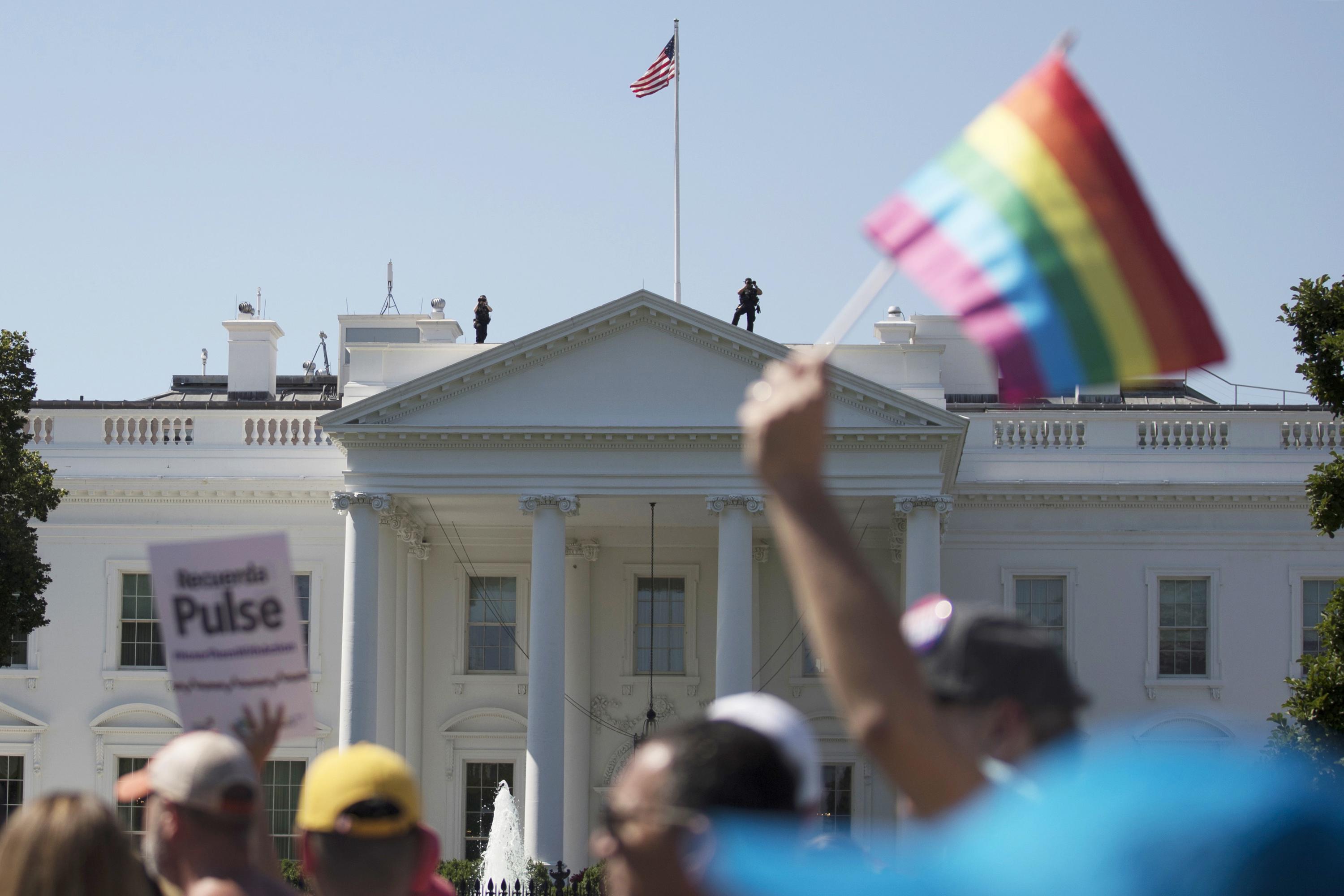 Washington, Mar 10: The federal government will protect gay and transgender people against sex discrimination in health care, the Biden administration declared Monday, reversing a Trump-era policy that narrowed rights at the intersection of changing social mores and sensitive medical decisions.
It marked the latest step by President Joe Biden to advance the rights of gay and transgender people across society, from military service, to housing, to employment opportunities.
The policy announcement by the Department of Health and Human Services affirms that federal laws forbidding sex discrimination in health care also protect gay and transgender people. The Trump administration had defined “sex” to mean gender assigned at birth, thereby excluding transgender people from the law’s umbrella of protection.
“Fear of discrimination can lead individuals to forgo care, which can have serious negative health consequences,” said HHS Secretary Xavier Becerra. “Everyone — including LGBTQ people — should be able to access health care, free from discrimination or interference, period.” Both opponents and supporters of Biden’s action said it’s likely to lead to litigation.
The American Medical Association said in a statement that the Biden administration “did the right thing” by ending “a dismal chapter which a federal agency sought to remove civil rights protections.” But some conservatives warned that doctors could be forced to perform gender reassignment procedures against their professional judgement.
Becerra said HHS will now be aligned with a landmark 6-3 Supreme Court decision last year in a workplace discrimination case, which established that federal laws against sex discrimination on the job also protect gay and transgender people.
In a tweet at the time, then-President Donald Trump called the decision “horrible &amp; politically charged.” Undeterred by the ruling, his administration proceeded to try to narrow protections against discrimination in health care. But Biden early on in his term directed government agencies to apply the Supreme Court’s reasoning to areas under their jurisdiction.
Monday’s action means that the HHS Office for Civil Rights will again investigate complaints of sex discrimination on the basis of sexual orientation and gender identity. Hospitals, clinics and other medical providers can face denial of Medicare and Medicaid payments for violations of the law.
Since the Trump transgender rule had been blocked by a federal judge, the Biden administration action essentially restores a policy established during the Obama years. The Affordable Care Act prohibited sex discrimination in health care but did not use the term “gender identity.” The Obama administration interpreted the law as shielding gay and transgender people as well.
Conservative lawyer Roger Severino, who as a former HHS official oversaw the drafting of the Trump rules, said the Biden administration cut corners in issuing its new policy.
“This is inflaming the culture wars, especially when you are trying to circumvent the process,” said Severino, now at the Ethics and Public Policy Center think tank. Partly because of conflicting lower court rulings on the Trump and Obama policies, Becerra should have undertaken a formal rule-making, which can take months. “I expect lawsuits,” Severino added.
But civil rights advocates said the Supreme Court’s ruling on transgender protections essentially wiped the slate clean for Biden. “The Supreme Court has already laid out the reasoning that applies under all sex discrimination laws,” said Omar Gonzalez-Pagan, a lawyer for the Lambda Legal Defense Fund. “They did so in an employment case but their reasoning applies equally in health care, in education, and in housing.” In recent years the understanding of sex has broadened to acknowledge a person’s inner sense of being male, female, neither or a combination.
Behind the dispute over rights for transgender people is a medically recognized condition called “gender dysphoria” — discomfort or distress caused by a discrepancy between the gender that a person identifies as and the gender assigned at birth. Consequences can include severe depression. Treatment can range from gender confirmation surgery and hormones to people changing their outward appearance by adopting a different hairstyle or clothing.
Under the Obama-era rule, a hospital could be required to perform gender-transition procedures such as hysterectomies if the facility provided that kind of treatment for other medical conditions.
LGBTQ groups say explicit protections are needed for people seeking gender transition treatment, and even for transgender people who need care for illnesses such as diabetes or heart problems.
More than 1.5 million Americans identify as transgender, according to the Williams Institute, a think tank focusing on LGBT policy at the UCLA School of Law. A bigger number — 4.5% of the population— identify as lesbian, gay, bisexual or transgender, according to Gallup. (AGENCIES)