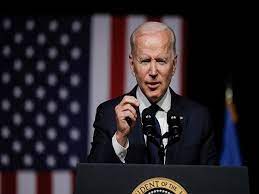 Indian-American diplomat Gautam Rana as ambassador to Slovakia
WASHINGTON, May 26: US President Joe Biden is set to nominate career diplomat Gautam Rana as the new US Ambassador Extraordinary and Plenipotentiary to Slovakia, the latest Indian-American to be named for a key position.
In a statement on Wednesday, the White House announced the president’s intent to send Rana’s nomination for further ratification.
A career member of the Senior Foreign Service, US – with rank of Counselor, Rana is currently Deputy Chief of Mission of the US Embassy in Algeria and was the Chargé d’Affaires ad interim there from August 2020 to February 2022.
Earlier, Rana served as the Deputy Chief of Mission and Chargé d’Affaires ad interim at the US Embassy in Ljubljana, Slovenia.
Among other positions, Rana was Director for Afghanistan and Pakistan on the National Security Council staff and the Deputy Minister Counselor for Political Affairs at the US Embassy in New Delhi.
Rana also served as the Special Assistant to the Deputy Secretary of State, Special Assistant to the Assistant Secretary of State for European and Eurasian Affairs, and worked in Iraq, Pakistan, Afghanistan, and the UAE, the White House release read.
Rana earned B.A and B.S degrees from the University of Pennsylvania, a J.D from the Vanderbilt University School of Law and an M.A degree from the National Defense University.
In addition to English, he speaks Hindi, Spanish, and Gujarati.
Last month, Biden nominated Indian-American diplomat Rachna Sachdeva Korhonen as his envoy to Mali, the third such nomination of an Indian-American in over a month.
In March, President Biden nominated two Indian-Americans as US envoys. He nominated diplomat Puneet Talwar as the country’s ambassador to Morocco and political activist Shefali Razdan Duggal as his envoy to the Netherlands. (PTI)