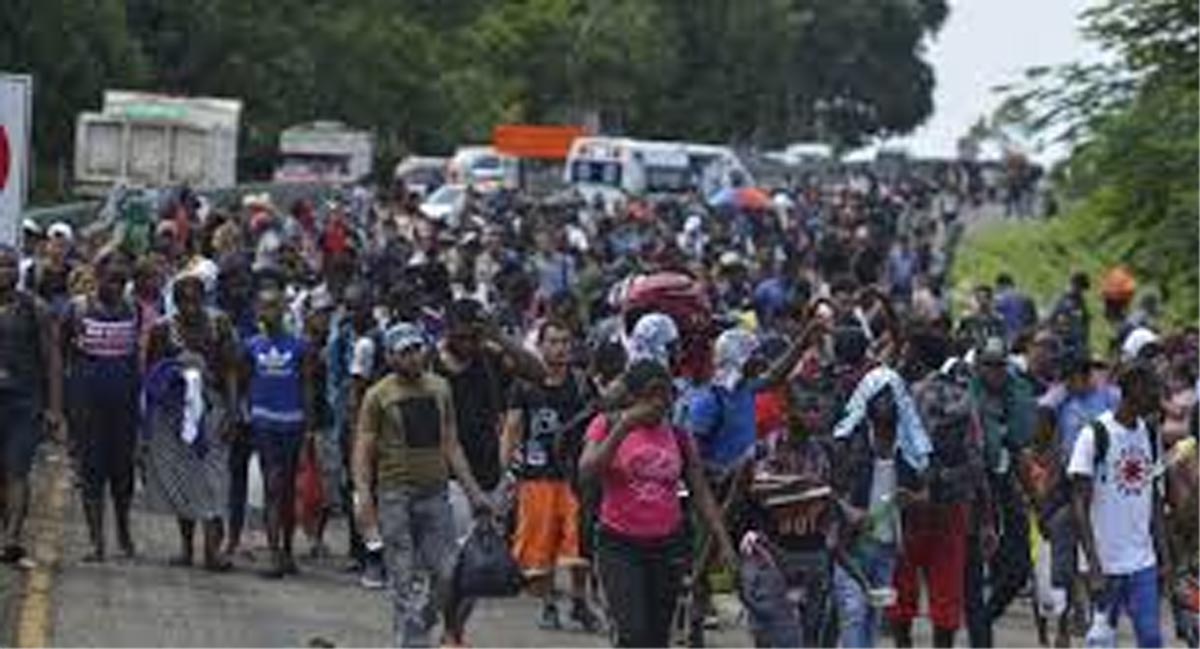 WASHINGTON, Nov 19: The United States is preparing to implement a rule that would deport asylum-seeking migrants if they did not seek asylum in one of the Northern Triangle countries – Guatemala, El Salvador and Honduras – prior to arriving to the US-Mexico border, revealed a document scheduled to be published in the Federal Register on Tuesday. “The Department of Justice and the Department of Homeland Security are adopting an interim final rule to modify existing regulations to provide for the implementation of Asylum Cooperative Agreements that the United States enters into pursuant to section 208(a)(2)(A) of the Immigration and Nationality Act,” the document said. “This rule adopts a modified approach to the expedited removal and section 240 processes in the form of a threshold screening as to which country will consider the alien’s claim.” Migrants deported under this new rule will be sent either to Guatemala, El Salvador or Honduras to claim asylum there as part of the bilateral Asylum Cooperative Agreements each country agreed to with the United States in order to help deal with the surge of migrants heading north, the document said. In July, the Trump administration announced new asylum rules that would restrict eligibility for seeking safe haven in the United States. Migrants would only be eligible for asylum if they were trafficked into the United States, denied asylum in a country or countries prior to arriving to the United States, or traveled through a country or countries that were not part of major multilateral refugee treaties.
However, in September, a US federal judge blocked the Trump administration’s new asylum restrictions. The administration said it was hopeful the US Supreme Court will grant its request to block the court’s nationwide injunction.