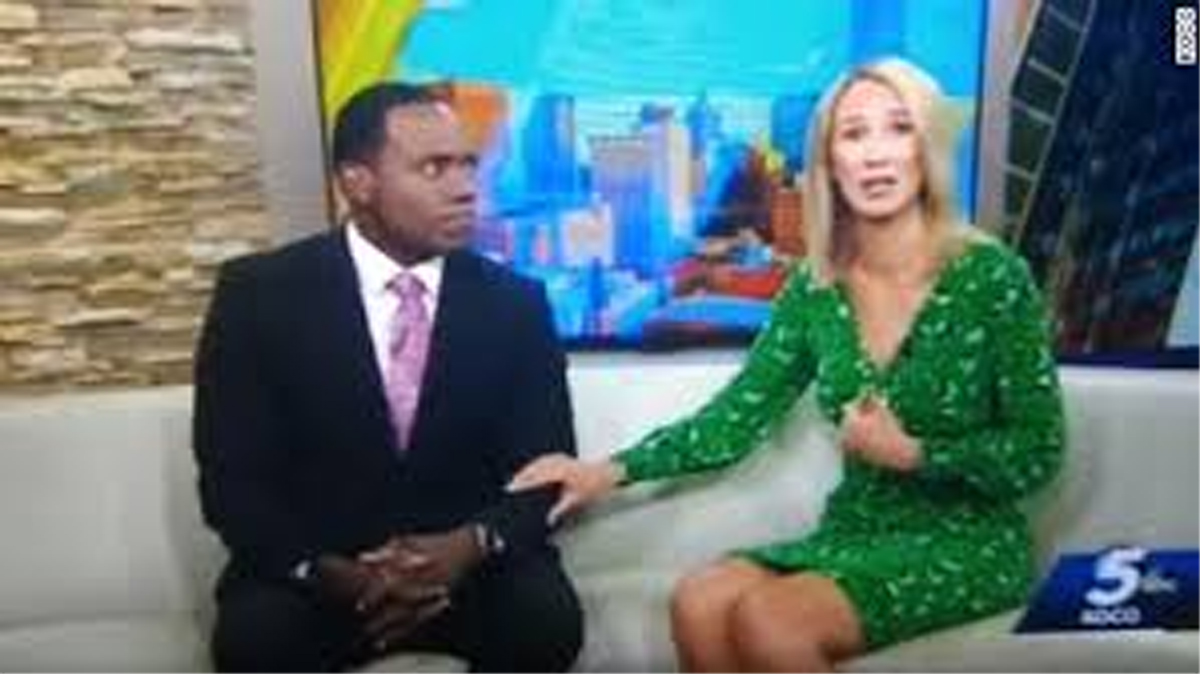 WASHINGTON, Aug 28: A television news anchorwoman in the US apologised on-air after comparing her black colleague to a gorilla, NBC News reported Tuesday.

Alex Housden of KOCO 5 News in Oklahoma City made the remark last Thursday during a segment on an ape whose handler was running the local zoo’s Instagram for the day.

When a video of a baby gorilla appeared on screen, Housden, who is white, turned to her black co-anchor, Jason Hackett, and said that the ape “kind of looks like you,” NBC reported.

The following day, a tearful Housden apologised to Hackett, saying: “I said something yesterday that was inconsiderate, it was inappropriate, and I hurt people.”

“I want you all to know from the bottom of my heart, I apologise for what I said. I know it was wrong and I am so sorry.”

Hackett accepted her apology, but acknowledged that the words “cut deep for me.”

“I want this to be a teachable moment and that lesson here is that words, words matter,” he said.

“There’s no doubt about that.”

The incident comes amid heightened racial tensions in the US following a series of remarks by Republican President Donald Trump directed at lawmakers from the Democratic opposition that have been criticised as racist.

The president in July said four Democratic lawmakers of color should “go back” to where they came from, then later called Baltimore, a majority-black city, a “dangerous & filthy place.” (Agencies)