E-Paper
Home International Any US military role in Afghan after peace would be conditions-based: Mattis 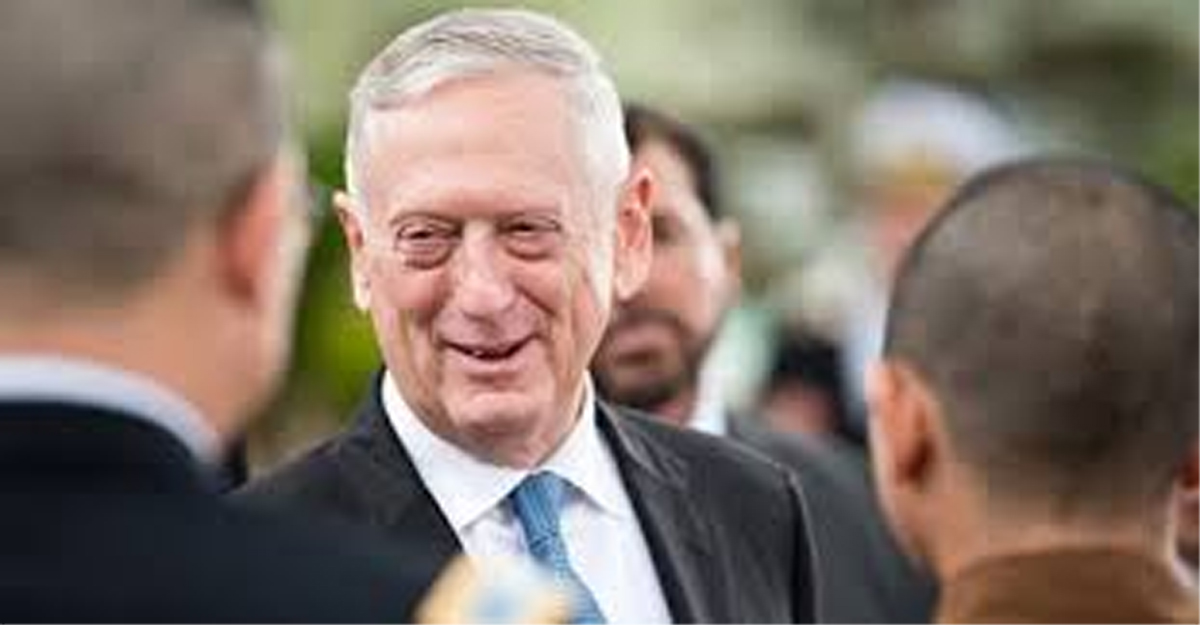 WASHINGTON, Oct 31: Once peace is achieved in Afghanistan, any American military role in the war-torn country would be conditions-based and worked out with the government of the day, Defence Secretary James Mattis has said.
More than a year after President Donald Trump announced his South Asia strategy, Mattis said it is based on four Rs and one S being “sustain it”.
“Any US military coalition role after the peace is reached would be conditions-based, worked out with the Afghan government and depend on the threat,” Mattis said at the US Institute of Peace, a Congress funded think-tank.
“First R was to regionalise the approach, you did not start with Afghanistan, come up with a strategy, say, ‘well I guess now we’d better look at the countries around it and see what do we do as far as their inclusion?’ We started outside and worked our way inside,” he said.
The second R was reinforcing the troops and the third R realigning those troops to supporting the Afghan security forces, directly by training, advising and assisting, Mattis said.
“What we had done was creation of an army, and then we pulled the training wheels off too early, and in that I mean that the — only the Afghan special forces had mentors from NATO nations with them. And every time they went against the enemy, the Taliban, they won against the enemy,” he said.
But spread out around the country were Afghan security forces that the US had pulled all mentoring away from, he said.
“So we were going to look at this as a regional problem, reinforce the troops and realign them so that more Afghan forces had our mentors with them, with NATO air support,” Mattis said.
“It is protection of the people is what we are trying to do there so in some cases, we surrendered ground where few if any people lived since it’s not a matter of militaries holding ground,” said the US Defence Secretary.
The Afghan security forces, he said, has prevented the Taliban from doing what they said they were going to do, which was to take and hold district and provincial centers, also disrupt an election that they were unable to disrupt.
But the most important R was the fourth R, reconciliation, he said, adding that former US ambassador to the UN Zalmay Khalilzad has been brought in for this purpose.
“And he is hard at work on this, on an Afghan-led, Afghan-owned peace and reconciliation effort. This is the approach we’re trying to sustain right now. It is working from our perspective, but it is heartbreakingly difficult to accept is the progress and violence can be going on at the same time,” Mattis added. (PTI)