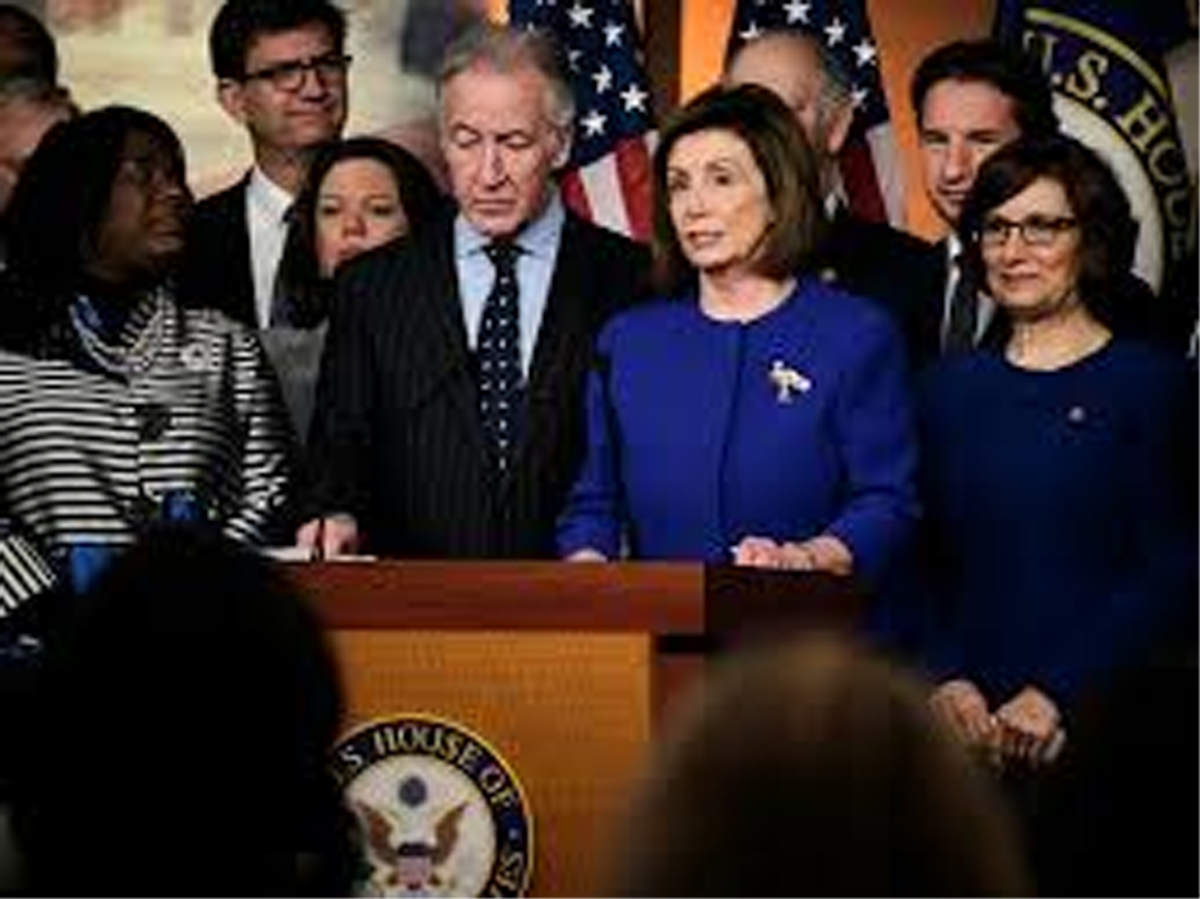 MEXICO CITY, Dec 11: The United States, Mexico and Canada signed a deal Tuesday to finalise their new trade agreement, paving the way to ratification after more than two years of arduous negotiations.

However, the impeachment trial of President Donald Trump in the US Senate would likely delay Congressional ratification of the trade pact until next year, Senate Majority Leader Mitch McConnell said.

US Trade Representative Robert Lighthizer said the new additions to the United States-Mexico-Canada Agreement (USMCA) — which notably toughened the deal’s labour enforcement provisions — made it the “best trade agreement in history.”

The path to ratification in all three countries now looks clear for USMCA — first signed in November 2018 to replace the 25-year-old North American Free Trade Agreement (NAFTA), which President Donald Trump complains has been “a disaster” for the US.

USMCA’s ratification initially got bogged down in political complications, particularly in the United States, where opposition Democrats questioned whether the deal would really force Mexico to deliver on labour reforms meant to level the playing field between Mexican and American workers.

But US House Speaker Nancy Pelosi — the Democrat needed to move the agreement forward — and American labour unions gave their blessing to the final deal.

Pelosi said it could win Congressional approval, seeking to claim a victory over Trump by calling it “infinitely better than what was initially proposed by the administration.”

The main US labour federation, the AFL-CIO, also called the deal a “vast improvement” over the original USMCA text.

“For the first time, there truly will be enforceable labour standards,” including inspections of factories, said Richard Trumka, the federation’s president, whose support is critical to get the deal through Congress.

The changes have also toughened measures to monitor environmental provisions.

And they remove the requirement for the countries to provide at least 10 years of exclusivity for biologic drugs, which blocks cheaper generic versions.

Lighthizer signed the annex to the deal in Mexico City along with Canadian Deputy Prime Minister Chrystia Freeland and Mexico’s top negotiator on the accord, Jesus Seade.

Lopez Obrador thanked Trump for his “respectful treatment” during the process, while Mexican Foreign Minister Marcelo Ebrard declared: “Mission accomplished.” F Freeland said the deal was the product of a “long, arduous and at times fraught negotiation.”

“We have accomplished this together at a moment when around the world it is increasingly difficult to get trade deals done,” she said.

Mexico, which became an export powerhouse under NAFTA, was the only country to ratify the original USMCA text.

In Washington, the Democrats — acutely aware of the need to win back blue-collar voters they lost to Trump in 2016 — insisted on greater oversight of Mexico’s promised labour reforms.

In a bid to fend off US concerns about jobs flooding south of the border, Mexico has raised its minimum wage and passed laws to give unions more power and workers more say in running them.

But US labour groups and Pelosi’s Democrats had voiced skepticism over the Mexican government’s ability to enforce them.

That led to a drawn-out ratification process in the US, where the trade deal has been mixed up in Trump’s ongoing impeachment drama and electoral politics heading into his 2020 re-election campaign.

All three countries’ legislatures will now have to ratify the final version of the deal.

“We would not be doing USMCA in the Senate between now and the end of next week” when Congress concludes its 2019 session, McConnell told reporters.

“That’ll have to come up in all likelihood right after the trial is finished in the Senate,” he said, referring to impeachment.

Final passage of the deal had looked precarious in recent weeks, with Lopez Obrador firmly rejecting the initial US proposal for labour inspections.

Mexico emphasized that there would be no American “inspectors” visiting Mexican factories or businesses.

The new provisions include “facilities-based enforcement” in Mexico by “independent labour experts,” with penalties for goods that fail to meet standards.

There will also be environmental attaches in Mexico City monitoring compliance.

Lopez Obrador tweeted ahead of the signing that he had spoken by phone with Trump and Canadian Prime Minister Justin Trudeau, thanking them for their “valuable involvement and support to approve the USMCA.”(AGENCIES)