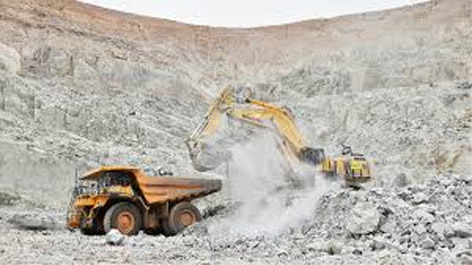 WASHINGTON, Apr 7: The US Government hopes to negotiate unilateral and multilateral agreements with other states regarding lunar mining, a senior administration official told reporters.
Earlier, President Donald Trump issued an executive order that included efforts to oppose joining the 1979 Moon Agreement, which sought to control mining of lunar resources. In the past four decades, just 17 of the 95 member states of the UN Committee on the Peaceful Uses of Outer Space have ratified the accord.
“The United States will seek to negotiate joint statements, bilateral and multilateral agreements, and other instruments regarding a safe and sustainable use of space resources with like-minded states,” the official said on Monday.
While much of the executive order reiterates past US policy, the order breaks new ground on American opposition to any new treaty on using resources such as ice on the moon or using lunar rocks to make concrete to construct structures, the official said.
The order spells out a framework for international partners sought by the US in its bid to return to the Moon by 2024, to later establish a lunar colony and eventually do the same on Mars.