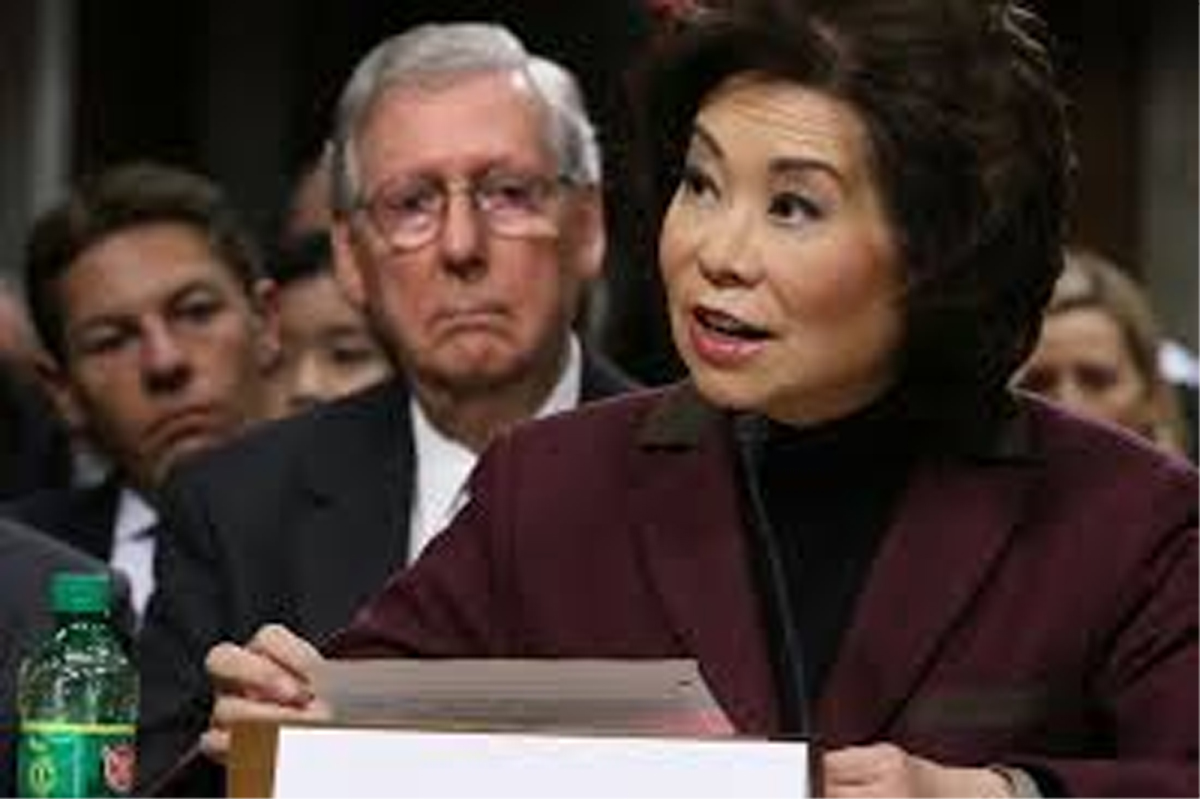 WASHINGTON, Sept 17: Democratic lawmakers announced Monday that US Transportation Secretary Elaine Chao is under investigation, following allegations that she used her position in President Donald Trump’s cabinet to benefit her family’s shipping company.

The investigation has the potential to graze the upper echelons of Republican power in Washington as Chao is married to Senate Majority Leader Mitch McConnell, the top Republican in Congress.

The chairman of the House Oversight and Reform Committee, Elijah Cummings, wrote Chao requesting documents and citing “troubling questions” over whether she used her office for personal gain.

“The Committee is examining your misstatements of fact, your actions that may have benefitted the company in which you continued to hold shares and your compliance with ethics and financial disclosure requirements,” wrote Cummings and Congressman Raja Krishnamoorthi, who chairs the panel’s economic and consumer policy subcommittee.

They pointed to reports indicating that Chao, who was born in Taipei to Chinese parents, used her position to benefit Foremost Group, a shipping firm owned by her father and sisters, and to increase its influence and status with the Chinese government.

They said Beijing has extended hundreds of millions of dollars in low-interest loans to the company in order to purchase foreign-flagged ships.

The letter specifically referenced a June report in The New York Times that detailed how Chao’s first planned trip to China as transportation secretary, in 2017, was scrapped amid ethics concerns about accommodating some of her relatives on the visit.

It also pointed to a Politico story that detailed Chao’s use of Asian-language media, and how she has appeared alongside her father in more than a dozen interviews, sometimes with Department of Transportation flags and copies of James Chao’s biography visible.

The panel is also probing Chao’s apparent failure to divest her stock ownership in Vulcan Materials Company, a major US construction firm where Chao served on the board of directors immediately before assuming her role in Trump’s cabinet.

Cummings and Krishnamoorthi wrote that during her confirmation process, Chao had pledged to convert her holdings into cash, and to avoid matters that would have a direct effect on the company’s financial interests.

“You failed to comply with these requirements,” the congressmen wrote.

US public officials are legally banned from using their office for private gain for themselves or others.

The Democrats have given Chao — who served as labor secretary under President George W. Bush — until September 30 to provide the requested documentation. (Agencies)