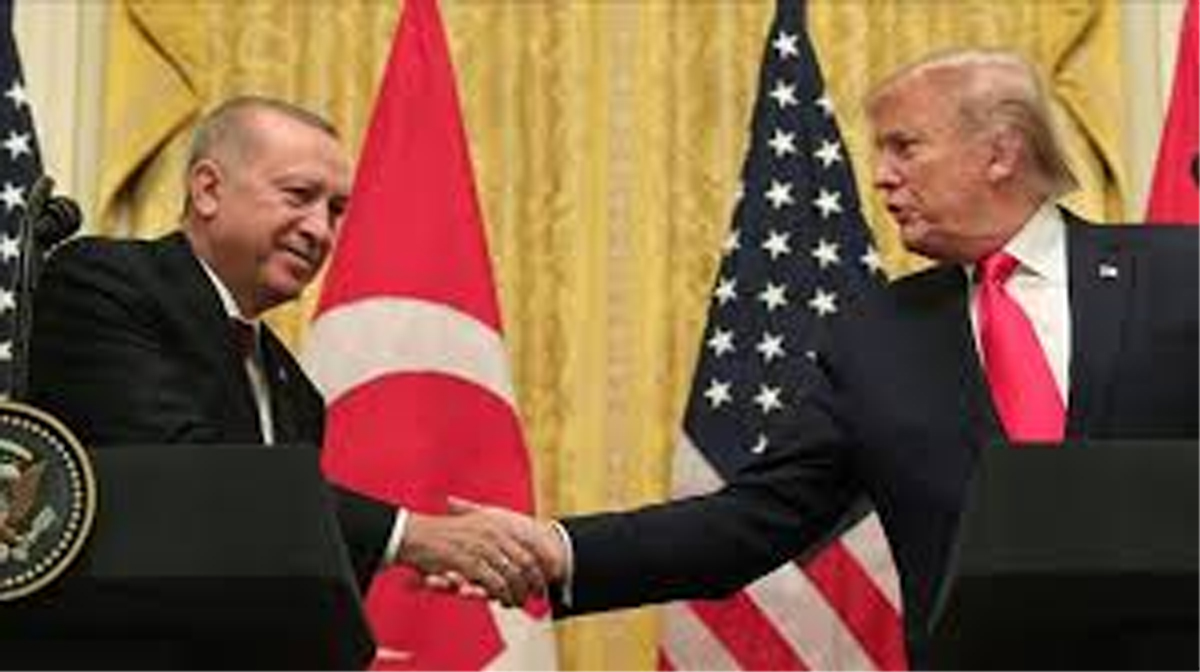 WASHINGTON, Nov 14: The United States encourages Turkey to further open its markets for American goods and services, US President Donald Trump said during a joint press conference with Turkish President Recep Tayyip Erdogan at the White House.
“We encourage Turkey to further open its markets and they are doing that, they are doing that very much toward American goods and American services,” Trump said on Wednesday.
Trump said both, the United States and Turkey agreed to work on a $100 billion bilateral trade agreement. On Tuesday, US media reported that Trump offered Erdogan a $100 billion trade deal and a “workaround” to avoid US sanctions imposed on Turkey for its purchase of the Russian S-400 air defense systems.
Erdogan met with Trump at the White House on Wednesday to discuss matters of mutual concerns on Syria and bilateral issues such as Turkey’s acquisition of the Russian S-400 air defense systems as well as the F-35 fighter jet program.