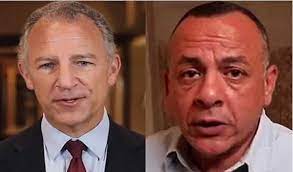 Washington, Dec 1: US and Egyptian officials signed a new five-year memorandum of understanding (MOU) to fight the trafficking of cultural property including ancient artifacts from the North African country, the State Department said in a press release on Tuesday.
“The MOU will facilitate continued direct cooperation between law enforcement and efforts to identify, interdict, and return trafficked cultural heritage from Egypt,” the release said on Tuesday.
“This agreement strengthens protections for Egypt’s rich cultural heritage and reinforces our shared commitment to disrupt the trafficking of Egypt’s archaeological artifacts and cultural objects.”
The new MOU, according to the State Department, supersedes an agreement signed in 2016 and expands protections to include additional categories of cultural objects.

The pact was signed in Cairo by US Ambassador Jonathan Cohen and Egyptian Secretary-General of the Supreme Council of Antiquities, Mostafa Waziri, the note added. (UNI)