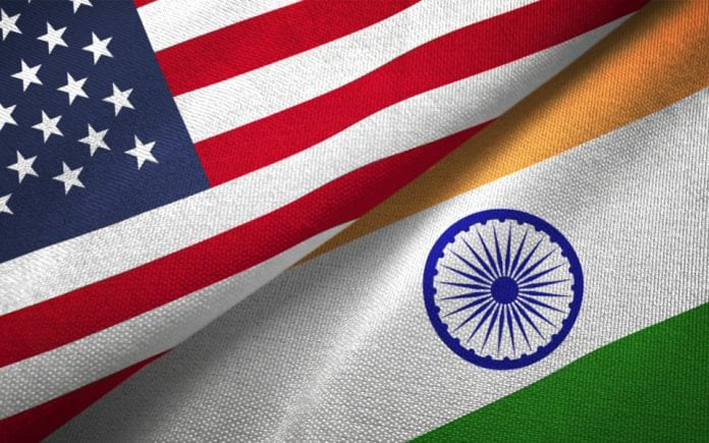 The US is coordinating with the Indian Government to evacuate stranded American citizens from the country who have expressed interest to return home after India announced a 21-day lockdown to combat the coronavirus pandemic, according to a senior official.
Principal Deputy Assistant Secretary of State for Consular Affairs Ian Brownlee told reporters during a teleconference on Monday that the US brought back some 25,000 of its citizens from 50 countries and another 9,000, including those from India, have expressed their interest to return to America in the wake of the deadly coronavirus pandemic that has engulfed the world.
“Now we are seeing growing interest from US citizens wanting to return from Asia, India, Bangladesh, and Indonesia. We had our first repatriation flight out of Bangladesh today and are coordinating with the Indian Government to begin flights there,” Brownlee said.
Brownlee last week said there were about 1,500 Americans in the New Delhi area, between 600 and 700 in the Mumbai area and 300 to 400 Americans elsewhere who have identified themselves.
The US is making arrangements to bring back its nationals, who have expressed their interest in view of the coronavirus pandemic, he said.
“We are tracking over 100 additional flights over the next week, and we have identified an additional 9,000 US citizens who have indicated interest in those flights,” Brownlee said.
Urging US citizens to make plans now to avail themselves of the come back options, the official said that they are now seeing more US citizens deciding to stay abroad and ride out this crisis where they are.
“If people decide not to take advantage of these flights now, they will also need to hunker down where they are,” he said.
The US Embassy in India said on Monday that it was anticipating several flights from New Delhi and Mumbai to US this week.
Unlike India, which repatriated its citizens free of cost, the United States, most of the time, hires the services of private airlines and its citizens are asked to pay for the air fare, which is generally much more than the regular commercial fare.
“Repatriation flights are not free. All passengers will need to reimburse the US government for the flight,” the US Embassy says on its website for those Americans who wish to return to their homes.
“A promissory note for the full cost of the flight, which may exceed USD 2,000 per person, must be signed by each adult passenger before boarding. No cash or credit card payments will be accepted,” says the embassy form which the US nationals are required to fill.
American citizens cannot move forward with the repatriation process without consenting to this condition.
According to the form, the passport of the repatriated citizens will not be renewed unless they clear their payment of the flight cost.
“While my passport will not be cancelled, US citizens who have signed a loan agreement for repatriation may not be eligible for a new passport until the loan is repaid,” the embassy website says.
The embassy also cautions its citizens that the flight’s destination may be unknown until boarding.
“Passengers must be willing to go wherever the flight is going. Upon arrival in the United States, passengers are responsible for their own onward arrangements. Embassy personnel cannot assist with onward flight arrangements, hotel or rental car bookings,” it said.
A total of 782,365 COVID-19 cases have been reported across more than 175 countries and territories with 37,582 deaths reported so far, according to Johns Hopkins University data.
According to the data, the US has reported 164,539 COVID-19 cases and 3,164 deaths as of Monday night. (PTI)