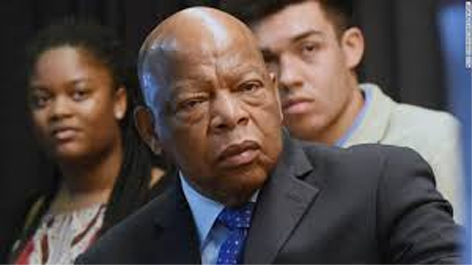 WASHINGTON, Dec 30: Civil rights icon and US House Representative John Lewis has announced that he had been diagnosed with stage four pancreatic cancer.
The diagnosis followed a “routine medical visit,” Lewis, a 79-year-old Democrat who has repeatedly sparred with President Donald Trump, said in a statement on Sunday, adding that he would seek treatment while continuing to represent his Georgia district.
“I have been in some kind of fight — for freedom, equality, basic human rights — for nearly my entire life. I have never faced a fight quite like the one I have now,” he said.
Known for his decades of work in the civil rights movement, Lewis marched with slain civil rights leader Martin Luther King Jr at the August 1963 rally in Washington at which King gave his “I Have a Dream” speech.
“I have decided to do what I know to do and do what I have always done: I am going to fight it and keep fighting for the Beloved Community,” Lewis said.
He added the he will miss a few votes while he undergoes treatment.
“But with God’s grace I will be back on the front lines soon.” The son of sharecroppers, Lewis also took part in the Freedom Rides — challenges to segregated facilities at bus terminals in the South.
On March 7, 1965, he led a march in Selma, Alabama that ended in an attack by state troopers on the protesters that later became known as “Bloody Sunday.” He joined Congress in 1987, representing a district that includes parts of Georgia’s state capital and largest city, Atlanta.
Lewis was among a group of Democratic lawmakers to skip Trump’s inauguration in January 2017, saying he saw his election as illegitimate.
In response, the president-elect tweeted that Lewis should “spend more time on fixing and helping his district, which is in horrible shape and falling apart (not to mention crime infested),” a remark drawing widespread criticism.
“John, know that generations of Americans have you in their thoughts & prayers as you face this fight,” Speaker of the House Nancy Pelosi tweeted following Lewis’s announcement of his diagnosis.
“We are all praying that you are comfortable. We know that you will be well.” (AGENCIES)