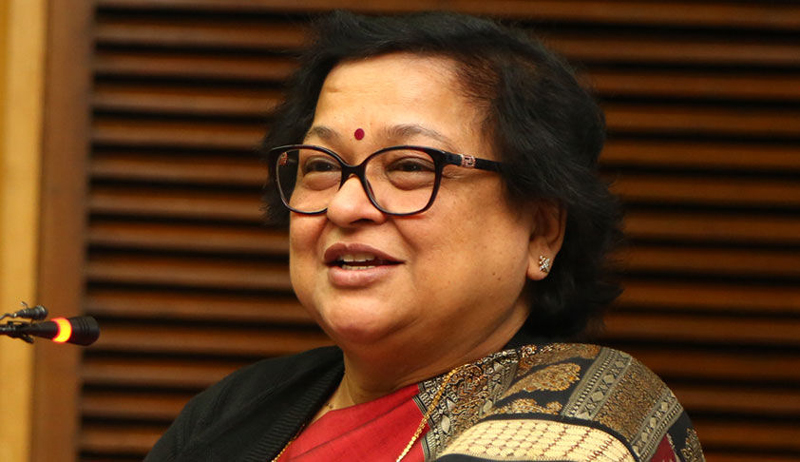 JAMMU, July 15: Division Bench of High Court comprising Chief Justice Gita Mittal and Justice Sanjay Dhar has directed Shri Amarnath Shrine Board (SASB) to urgently take all decisions regarding the yatra while complying with the order of the Supreme Court as well as taking into consideration all the relevant issues and concerns pointed out by the applicant, amicus curiae and respondents.
The direction has been passed in a petition filed by Advocate Sachin Sharma expressing reservation over the health and well-being of the pilgrims amid current COVID-19 pandemic.
“Such considered view shall ensure compliance of all healthcare protocols, Standard Operating Protocols notified by the Central Government as well as by the Union Territory of Jammu & Kashmir guided by the principles laid down by the Supreme Court that the right to health of every person has to be placed at the highest pedestal, address the concerns of the health of the security personnel, healthcare personnel, priests, the yatris and of the officials who would be involved in the arrangements and conduct of the Yatra as also the residents of the Union Territory of Jammu & Kashmir”, the DB further directed.
The SASB has further been directed to ensure consideration of the welfare and support of all persons, especially the members of the communities who provide the pithoos, palkis, mules and horses to the pilgrims.
AAG Aseem Sawhney submitted before the DB that the yatra has been proposed from Baltal route only as the arrangements on Pahalgam route could not be completed because of COVID-19 pandemic.
“The pilgrimage from either side is not easy and requires extensive facilitation by both the State and Non-State Organizations. While the State is engaged in ensuring proper passage, security, medical facilities, setting up of points of stay, lodging, toilets etc, it is also responsible for ensuring continuous supply of power and telecommunication facilities at or near the shrine”, the DB said.
The DB further directed the Government agencies to make extensive arrangements to ensure the safety and security of the yatris keeping in view the fact that terrorists always make efforts to create disturbance during this period.
“The arrangements thus include extensive and elaborate security by the Army, the Paramilitary Forces as well as the Jammu and Kashmir Police, not only along the yatra route, but provision of security to the yatris from the moment they enter the Union Territory of Jammu and Kashmir by any mode”, the DB said.
The DB also took note of the minutes of the meeting of the Sub Committee constituted by the Supreme Court in Writ Petition (Civil) 284/2012 which held under the chairmanship of Chief Secretary Jammu and Kashmir to assess the preparation for the yatra.
The State Executive Committee constituted under the Disaster Management Act has issued SOPs which interalia prescribe 100% RTPCR test for all persons travelling into J&K. All entrants into J&K will have to be sampled, tested and quarantined till they are reported to be negative. The camping facilities earlier utilized for yatris especially at entry points are currently being utilized as quarantine centres.
It was emphasised in the meeting that SOPs for testing of persons entering J&K shall apply to yatris as well. However, it was observed that social distancing norms would further strain these holding capacities. It was deliberated that keeping in view these circumstances, the yatra this year, would have to be undertaken in a restricted manner, so that the SOPs for COVID-19 are strictly adhered to during the conduct of the yatra.
However, DB observed that no details have been provided as to how the quarantine and social distancing would be maintained during the yatra. “So far as provision of healthcare is concerned, the respondents stated that during the meeting health care issues and requirement of additional arrangements to be made during yatra were also deliberated, keeping in view the present Coronavirus pandemic situation”, the DB said.
It was informed that adequate stock of drugs, consumable items, sleeping bags, besides PPE kits and masks are being made available to the doctors and paramedical staff being deployed for yatra duty. It was apprised that two base hospitals are also being established along Baltal route. However, a serious concern was expressed about the stress in the medical system because of the yatra as 9 out of 10 Kashmir districts are Red and the entire medical system is fully stretched in handling the challenge. No doctors would be available from outside J&K for the Yatra this year due to pandemic.
“The respondents are clearly unable to provide the requisite health care, no means to isolate suspected/ infected COVID-19 cases along the yatra or at the cave; certainly have no means of evacuation from the yatra and no method of removal of a dead body– a COVID mortality in a controlled environment from the yatra route”, the DB observed.
“Keeping in view extremely grim state of affairs and the fact that entire manpower, healthcare, professionals, security force personnel are at the moment dedicatedly fighting the COVID 19 situation the yatra is to curtailed both duration wise and pilgrim wise. However, we may pass orders in the interest of justice, safety of human lives and healthcare of the people at large”, the DB said.
The DB was informed that Shri Amarnath Shrine Board has made adequate arrangements for carrying on the regular religious rituals at the shrine and provision has been made for ensuring that supplies reach the priests. To facilitate the “darshan” of the shrine this year the Government has started a live telecast of the Baba Amarnathji Arti on DD National and live streaming on YOUTUBE channel due to the COVID 19 pandemic so that the devotees can have the darshan of their beloved Lord Shiva without having to personally come and avoid the yatra.